Everyone’s been in a similar situation before: you’re just waiting patiently outside of the shower or restroom, but for whatever reason, some sibling or family member decides to take all the time in the world to finish their business, without even giving a second thought anyone who is waiting! This scenario is one of the many complications that arise when sharing a home, but did you know it’s not exclusive to humans?

The following video displays this particular situation, but the participants aren’t human. It’s the same situation being performed by two pet friends! A Great Dane named Katie is eager to get in the shower and splash and wash herself, something that not every dog enjoys, but she’s stuck waiting because Sid, her cat sibling, is taking too long using the shower for himself! Have you ever seen a cat that likes to take a shower, or even likes water? Not me!

The way dogs interact with other animals always makes me wonder about all the friendliness that they possess. It’s as if they were born to befriend anyone! Katie isn’t bothered by Sid’s long shower, and she seems no know that the day is too hot to leave the cool water. Katie’s patience is something worthy of notice, for sure! And the cat just looks adorable as he licks the water off his face waiting for the cat to finish.

Watch this adorable cat-dog shower moment in the hilarious video above and if you enjoy it, be sure to share it on Pinterest. 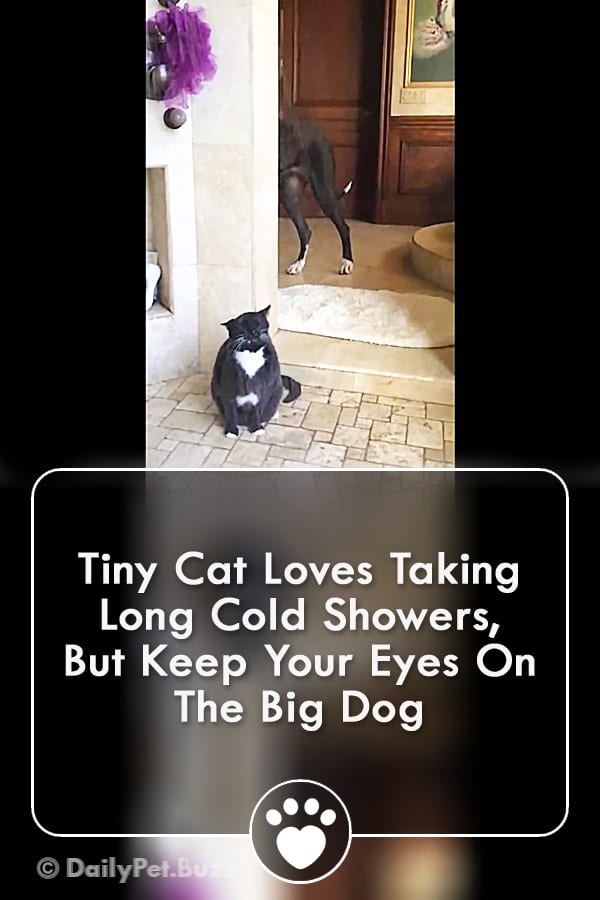