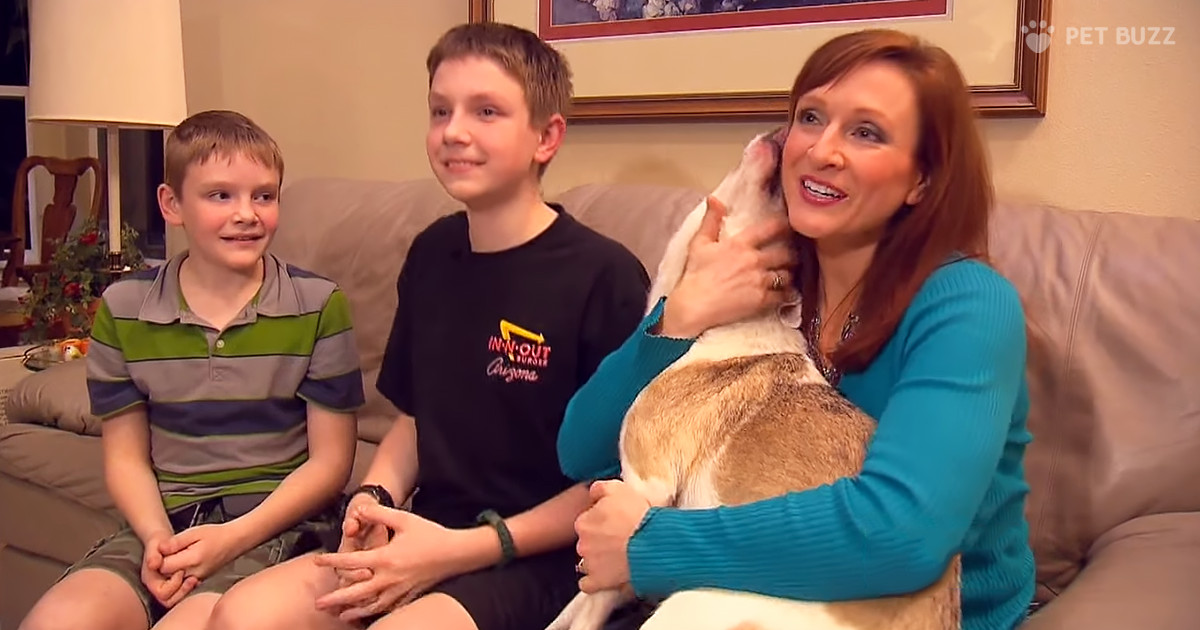 When the Esau family adopted an Australian shepherd mix named Pippin, they knew it was the right decision. Not only did the abandoned puppy need a home, but the Esaus quickly fell in love with the newest member of the family. But disaster soon struck: just days before Christmas, the 5-month-old pup was stolen from their car while it was parked in a grocery store parking lot.

Cara Esau and her sons Aaron and Timothy were grief-stricken. They posted signs all over the neighborhood, put out the word online, but as Cara said, “We searched all over and she was just gone.” They always thought they’d somehow get Pippin back but after almost a year, it was hard to hold out hope. Still, they had had the pup’s bowl, dog bed, and toys ready for her. It was Christmastime again, so they even had their lost dog’s stocking from the year before hanging above the fireplace.

The local police had been informed back when Pippin was dognapped but it was now, almost a year later, that they got tipped off to Pippin’s whereabouts. Deputy Jim Rue, who told reporters covering the case, “I’m a dog lover. I love dogs,” was on the case and went to investigate the tip. “We went and knocked on the door and I was also told by that tip that that dog will come right up to you. And that’s what happened.”

Penelope Whipple was arrested and charged with felony theft (she’d been charged with similar offenses numerous times in the past). Pippin had been “chipped” and that quickly confirmed that this dog was indeed the Esau’s missing canine friend.

13-year-old Aaron described how he felt when Pippin finally came home: “When they first walked through the door, I thought I was dreaming. And I still feel like I’m dreaming and it’s crazy to think that Pippin is back and I’m very happy.” 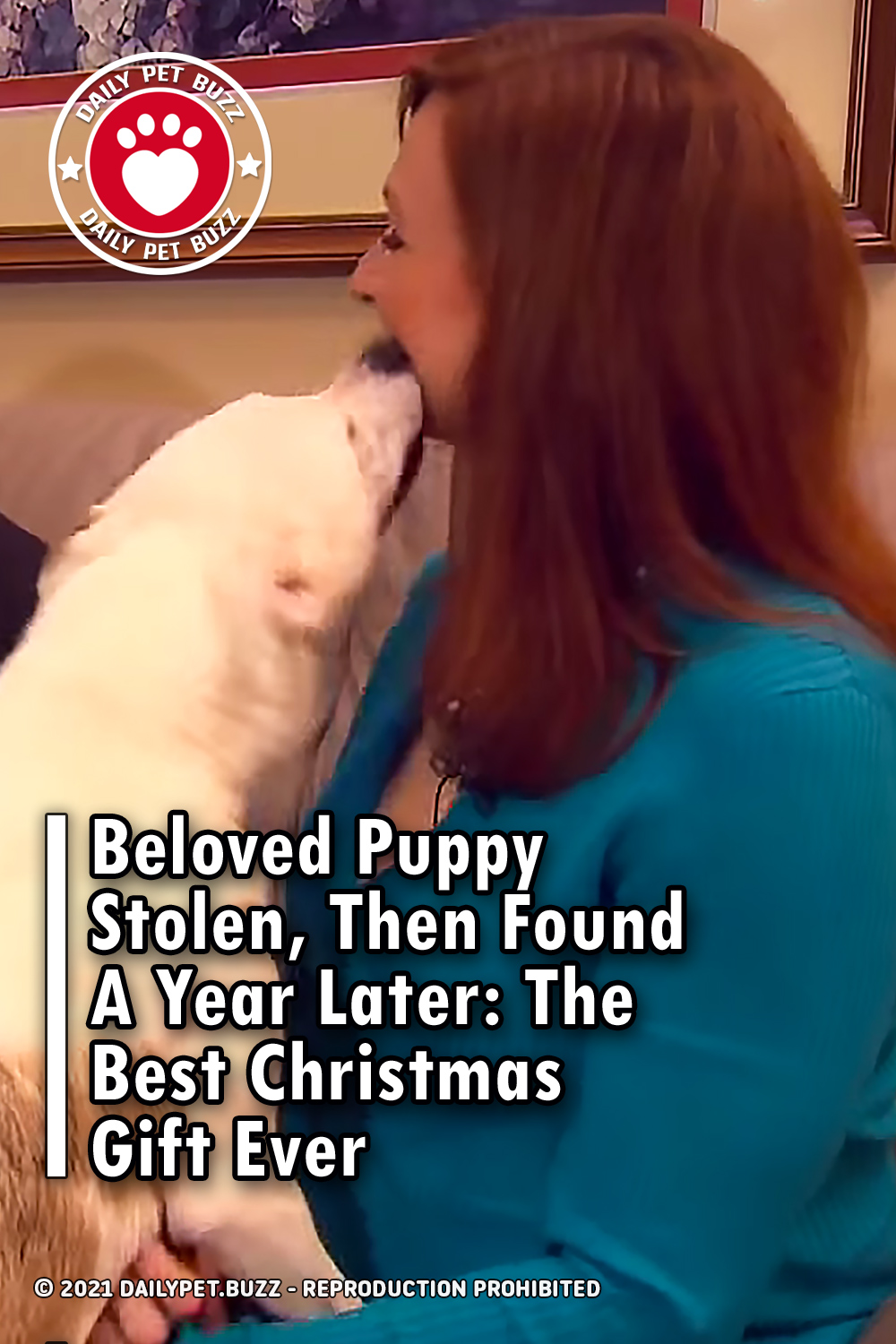