When it comes to certain foods or drinks, they can be an acquired taste. People often don’t like coffee the first time that they try it. Then their taste buds acclimate to it, or they learn to mask it with a lot of milk and sugar. There are some beers that also require more than one taste to win people over. Some never do adjust. I’ve never liked coffee in my 40+ years of life here and I never will. This dog, though, is determined to figure out how to like licking a lime wedge.

He’s at a beach with his mommy and friends of hers. There’s a lime wedge on the ground and he’s spending a lot of time doing a really weird taste test. He licks it, snaps his head back as the citrus hits his taste buds hard – and then he licks it again. Remember that joke about the blonde telling the doctor that it hurt to tap her broken finger on a door? ‘Then stop doing it.’ Well, this pooch needs to figure out that he’s not miraculously going to like the lime.

Actually, it’s a good thing that he doesn’t like the lime, since eating it in large quantities could prove to make him very sick, and could even be fatal. To all the worrywarts that were commenting in the YouTube video ” he’s a large dog, he’s licking the wedge, not eating it. His mommy is NOT putting him in danger here. You can go worry about other things instead, now – This pooch will be fine.

I mean, he’s living up to the term ‘being doggedly determined’ , but this is ridiculous. At one point, he should just walk away and find something better for him to lick. Something like molten lava. That’s probably what happened a little bit after the camera was shut off. I would have given up after a second try. Possibly a third. But no more than that. Then again, one can’t really teach logic to a dog.

Are there foods or drinks that you still detest despite giving it multiple tries? Let us know in the comments section. Also, it only takes one try to ‘Like’ us on Pinterest and it feels great! 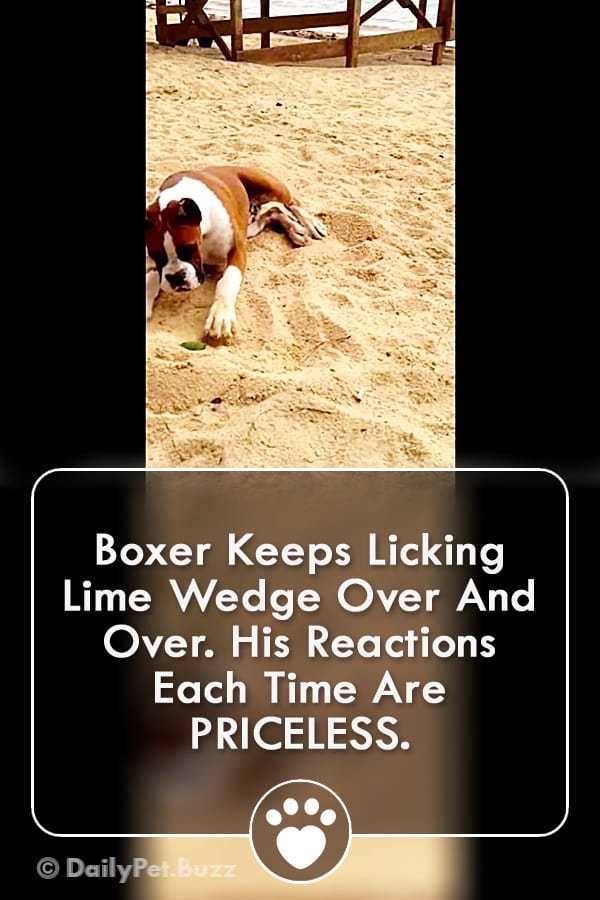