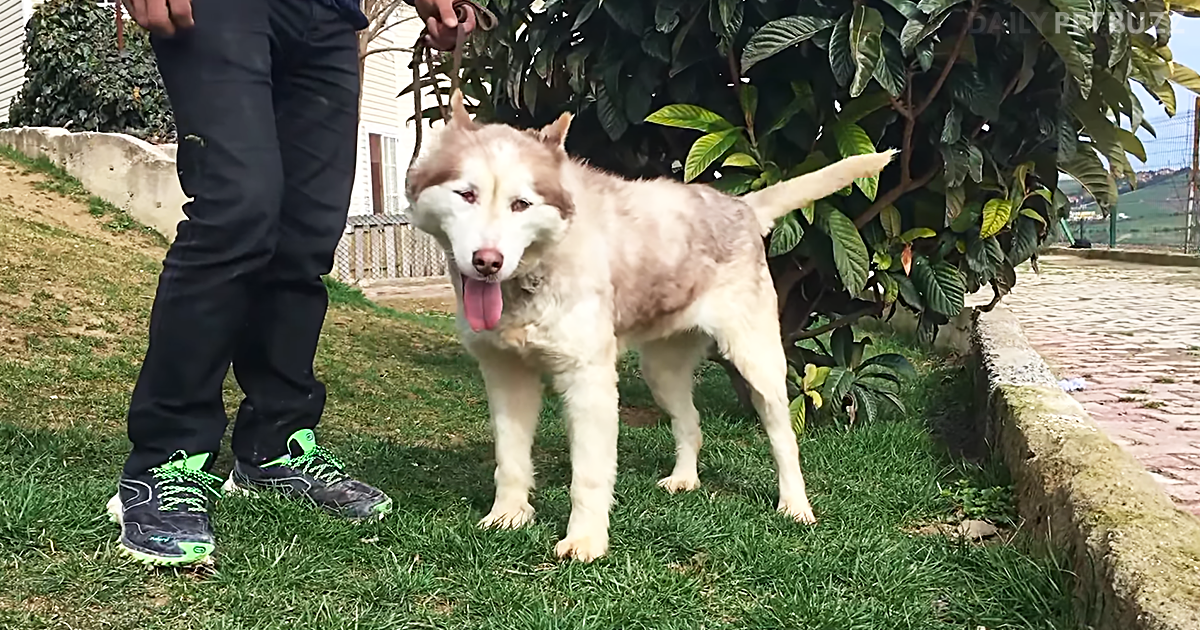 How can people just stop caring about dogs when they get sick? It’s so not fair to them, especially with all the love and caring that they give their family for many years? It’s like the first sign of any disability; then it’s off they go. These dogs are not toys. They shouldn’t be replaced when there are some wear and tear. These are companions, and they deserve to be treated as such.

This video shows one dog who was discarded as trash and her ultimate revenge. He’Art of Rescue found a dog named Sheila, literally wandering blind. There is a very quick disturbing shot of her eye, which is red and seems to have a cataract. Her previous owners had dumped her on the streets rather than care for her in her trying time. That’s just cruel and mean. She still had so much to offer, and medicine could do something to help bring her sight back – and her spirit.

The good news is that Sheila got surgery for her blindness and is a healthy dog again. We see her walking along a path with her foster dad, and she’s showing no signs of sight impairment. It’s great that the He’Art of Rescue found her and saved her from hurting herself on the streets when she was wandering around. That would have been a true tragedy, though the people who let her go wouldn’t have cared.

What her original owners – I won’t deign to call them ‘parents’ – did was reprehensible, to say the least. This was a dereliction of duty, nothing else. They had brought Sheila into their lives and promised to take care of her when they did. That meant for better or for worse, and they should have either made sure she had surgery or done everything in their power to make sure she was comfortable. Well, she’s got the best revenge, for sure – living well. Check out her awesome story below.