We like to think of Christmas as a time when friends and family get together to enjoy holiday cheer. For the most part, that’s how it goes. But there’s one topic that can be extremely divisive: Christmas music! A few people hate all Christmas music with a passion while others like certain songs but not others. Then there are those folks who adore all Christmas music and want to hear nothing else for at least a month out of the year.

Our animal friends sometimes have an ear for music and they can be merciless, brutally honest critics. They too have opinions about Christmas music. A case in point is Norman, a big, handsome Bullmastiff. We don’t know how Norman feels about music in general, to say nothing of Christmas music. For all we know, a well-sung “Silent Night” or “O, Come All Ye Faithful” will melt his canine heart and make him want to curl up under the tree.

As you’ll see in the video we’ve posted below, Norman’s dad launched into an indescribable rendition of “The Twelve Days of Christmas” while the two of them were hanging out on the couch. Eggnog may have been involved, but we can’t really be sure. Norman didn’t like this at all. His moaning and groaning are absolutely priceless! It almost looks like the poor dog was writhing around in pain, but that was just his way of critiquing his dad’s singing. As if he can’t take it anymore, Norman tries using his own massive head to block dad’s mouth. Anything to make it stop!

Most people who see this will come down on Norman’s side. After hearing his dad’s singing, you may even conclude that Christmas songs really should be left to experienced professionals. However, Norman’s dad thought of a wonderful way to apologize to the world for his horrendous singing. He’s donating the money he earns from this video to the local humane society.

If your eardrums aren’t bleeding, have a merry Christmas! We’d love to hear from you in the Facebook comments and be sure to like and share! 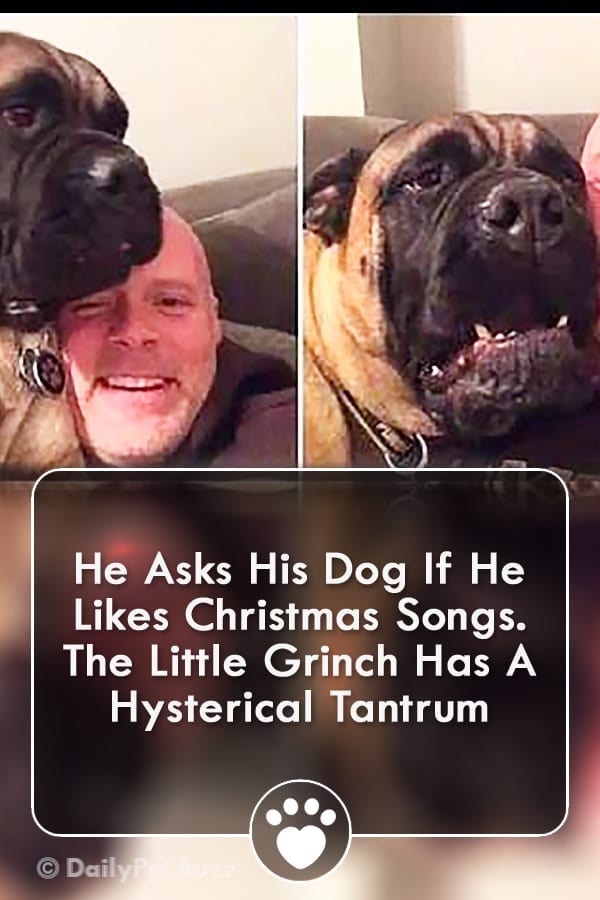