A mommy having to leave her puppy behind to go to work is a heartbreaking feeling. It’s just like her having to leave a human baby ” neither of them will truly understand why she has to leave the house each day. This video shows one case of how a couple tried to alleviate their puppy’s fears – with hilarious results.

The video shows Harvey, a boxer pup, who misses his mom dreadfully. She’s called the daddy on his phone so that she can talk to Harvey. Perhaps her voice will calm him down. Or maybe not. Harvey is at first bewildered at this disembodied voice coming from the black rectangle that daddy’s holding. He may be wondering if Mommy got trapped in there. He loves the fact that he can hear her, but – gosh darnit – where IS she? He even buries his head under a pillow.

Having to leave a dog at home while going to work is extra tough because they have no real concept of the passage of time. Harvey is also not going to be going off and having adventures like in the movie ‘secret Life of Pets.’ It’s not all that bad for him, though ” he still has his daddy, who might have a work-from-home gig, there. At least he’s not ALL alone.

I liked this video because it not only showed Harvey’s devotion to his mommy, it also showed both parent’s love for him. The fact that they were willing to coordinate a time to have her call and for him to hold the phone for the puppy to hear means they are willing to go above and beyond. It’d be easy for them to shrug and wait for him to eventually get over it. Also, Harvey’s initial befuddled look and then gradually more frantic search for his mommy is also so cute.

I can’t do this with my cats. If my wife called and I put her on speaker, they’d look at the phone and then walk away. What would your pets do in this situation? 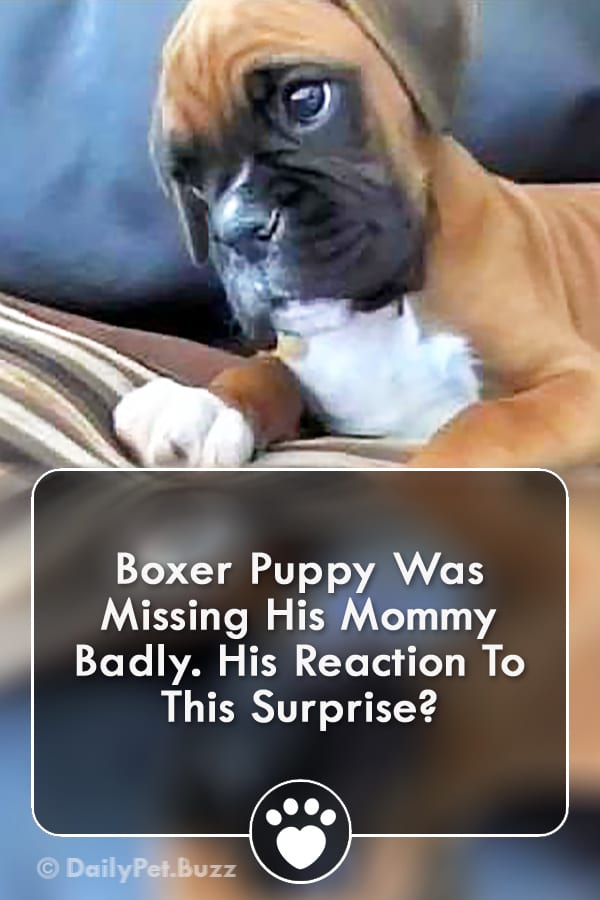