Dogs certainly are capable of doing their utmost to protect their owners. It’s is very heartrending to see a loyal puppy, because behind that there is an amazing human-dog bond. However, it’s always incredibly moving to see pets trying their best even in situations when they can do nothing but stand by their owners. Take this adorable long haired Chihuahua for example.

This white puppy refused to leave his owner’s side, after his human passed out and fainted in the middle of a busy street, in the clip above you’ll see how anxious this pup is. The puppy seemed helpless and a bit distraught, but even when others tried to offer help, the puppy was there every step of the way.

Even though the dog was very scared he defended his owner and shielded him with all his might. He barked and snapped when police tried to get closer, and the medical team even had trouble getting the man into a waiting ambulance. When they finally got to the passed out owner, and managed to move him on a stretcher the little white dog paced back and forth, keeping watch over the first responders.

After seeing how loyal this dog was, the team agreed to allow the puppy ride alongside his owner in the ambulance. 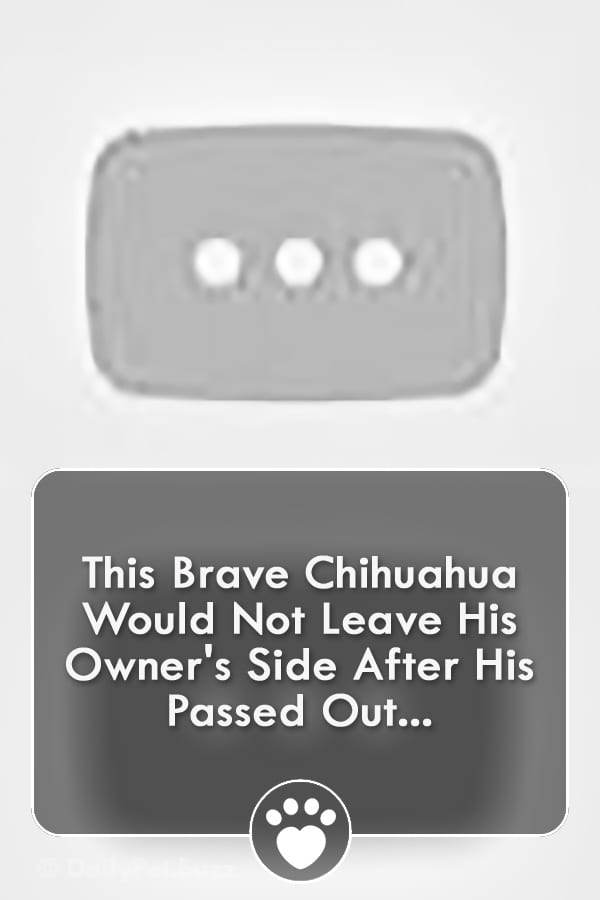