Humans have been living alongside animals of all kinds for as long as they’ve existed. Despite this, though, animal cruelty is still a very big problem all across the world. Even though animals can’t speak our languages, it’s unfair to treat them miserably and cause them suffering. Animals do experience pain, unhappiness, and even depression. It’s important to treat them with respect and try to put a stop to harmful treatment.

With their front and back legs shackled, these horses are not only unable to move, but they’re in massive amounts of pain due to how tightly they’re chained up. The chains sometimes even dig all the way into horses’ flesh, causing serious injury and trauma. It’s beyond cruel to keep animals locked up in such conditions.
This horse was unable to move due to how tightly chained up he was. Thankfully, a rescuer showed up to the scene in time to save him from his binds. It’s no secret that animals can recognize kind gestures. While the mare being rescued was tranquilized, her foal knew exactly what was happening. Just watch the baby animal’s reaction to being saved. It’s sure to tug at your heartstrings!

Check out the video above. Isn’t it terrible what some people do to their animal counterparts? Leave a comment expressing your thoughts on these awful practices and share this video with your friends to spread awareness. 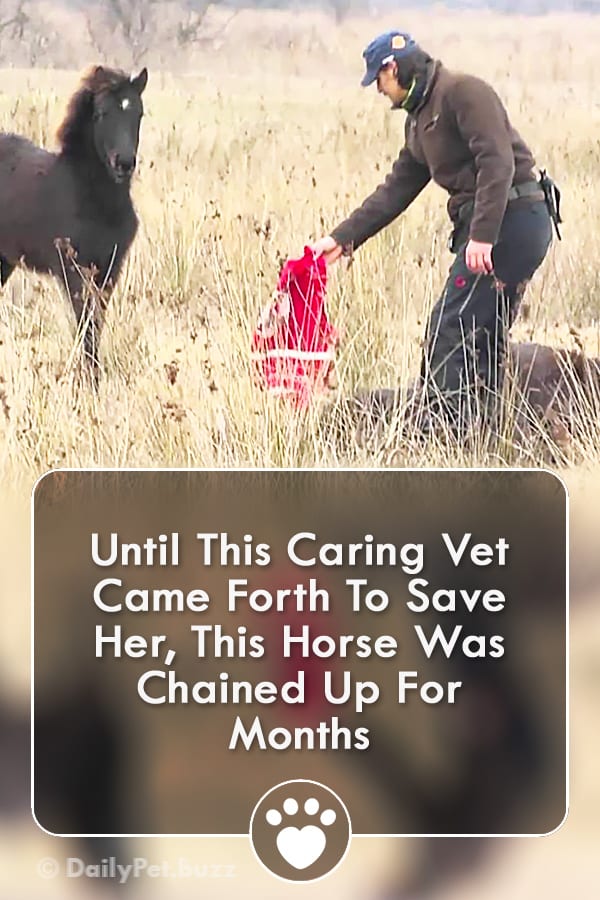