As we’ve seen in many videos before, dogs are truly man’s best friend, and they are capable of doing more for their owners than even what they’d do for themselves. You can imagine how strong this relationship can be when it’s between two soldiers: both dog and man. The featured clip shows the trailer for a movie that shows exactly that kind of relationship. ‘Max’ , as the movie is called, is about a dog who loses his soldier companion Kyle while they were both fighting in Afghanistan.

The movie actually begins right when he comes back after having lost his partner. He was unable to keep fighting, and the only one with the heart for taking him in is Justin, Kyle’s brother. They are able to develop a relationship, partly because they were both troubled and suffering from what had happened. It’s based on a true story, and it’s not the first time we hear about soldier dogs being amazing. The movie really looks like a tearful, I want to start sobbing just from watching this trailer. I can’t wait to watch it!

Watch this moving trailer featured above! What do you think? Will you watch this movie? Tell us your feelings in the comment section! 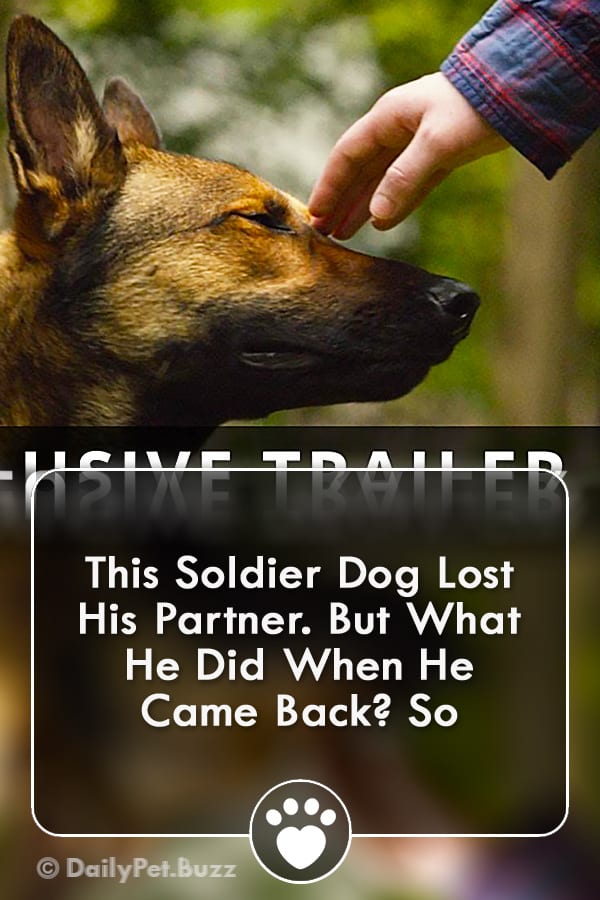