It’s the worst feeling in the world to know that your pet has run off. There’s that initial burst of hope as you start searching. There may be false alarms. Then more time starts going by, and it’s apparent that your pet isn’t coming back anytime soon – if ever. Then you start slowly accepting that he or she is gone. But life is more than capable of springing surprises on people. Like what happened in this video.

The whole saga began when Mittens’ daddy took the family boat to be repaired. He didn’t realize that the cat had climbed under the boat cover, probably for a nice nap in the shade. He then went home, which was more than 30 miles away. The boat repairman opened the cover – and out jumped Mittens who darted away. The family left notices all over the place, but 4 months went by. Little did they know that the cat was making his way back home, over mountains. He was found by a Good Samaritan named Alice Puleo and she took the cat to Dr. Carl Prior. Mittens was microchipped, so they were able to track down the family.

Poor Allison. The teen thought she had lost her best friend. She was largely inconsolable during those four months that Mittens was gone. Her family decided to surprise her with the news that Mittens had been found. The look of joy on the teen’s face when she saw her cat in Alice’s arms was one of the sweetest things I’ve seen on the internet. The two of them have a very strong bond.

I bet Mittens felt like he needed mittens on his paws.. or shoes. That was a LOT of rough terrain for the feline to navigate to get back home. Many people think that cats are aloof loners who would turn feral in a heartbeat if they got out of their home. Not this kitty. Mittens knew he had a family and he was determined to get back to where he lived. Thanks to Alice and Dr. Prior, he was able to do that.

This needs to be made into a movie. I wonder who would do Mittens’ voice? Maybe Tom Hanks. That would be a good film. What do you think? Tell us your thoughts in the comments section and also ‘Like’ us on Pinterest. 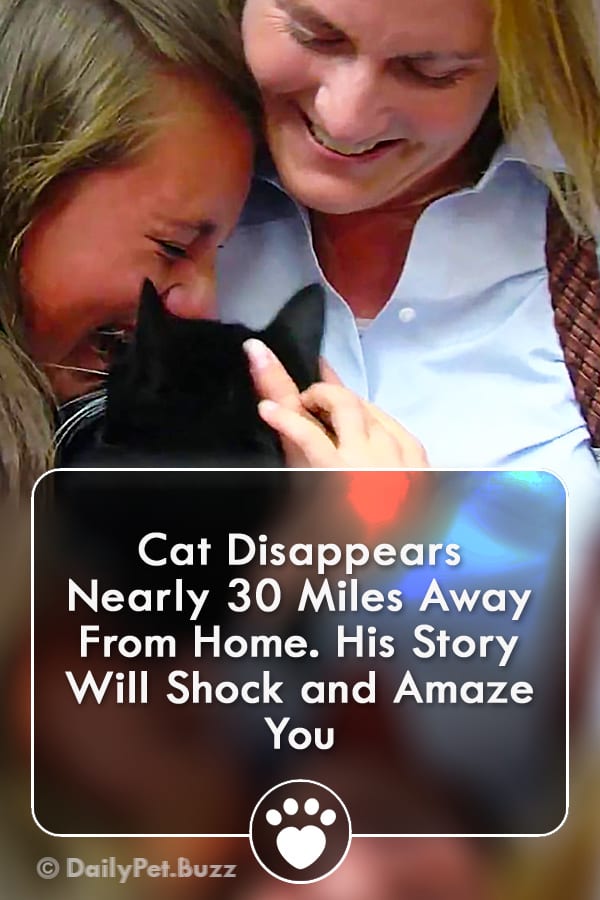