Dog owners are far too familiar with this scenario. They come home after a long day at work to find that something has been torn up by their lovely pooch. Who can explain the reason behind it? Is it anxiety that their Mommy or Daddy might not come home? Is it anger? Are they hungry? Were they bored? Well, whatever the reason, many of them have the smarts to look somewhat guilty. Then there’s what happened in this video.

We are immediately transported to the crime scene. A bedsheet has been gruesomely murdered. A giant hole gapes in its middle. The daddy, who may have been watching some ‘sherlock,’ goes into the bathroom, where he finds Berlin, his German Shepherd, in the shower. If I committed a crime, the last place I would hide is a bathroom. Then again, I am not a dog. He asks her some questions and she even looks skyward, as if praying. ‘she’s praying,’ he jokes. ‘Praying there’s someone else to blame.’

The daddy clearly know that Berlin is the guilty party. Her hiding in the bathroom was a giveaway. He understands that dogs do things sometime, so you can tell in his voice that he is more bemused than angry. He even throws in a ‘We still love you, Berlin’ at the end to let her know that she is still very much part of the family. I don’t think the police lead her off in cuffs and no one reads her Miranda rights to her.

What’s important is that Berlin is not yelled at or berated. Her daddy knows that doing so will only confuse the dog, since they often forget what they do. He managed to take this whole situation and turn it into a positive. That’s the best way to handle it. He’s keeping an even-keeled perspective of it. There’s more bedsheets out there, but there’s only one Berlin and he doesn’t want her scared.

I was smitten with Berlin. How about you? Tell us what you thought of this video or even suggest another suspect beside the dog. 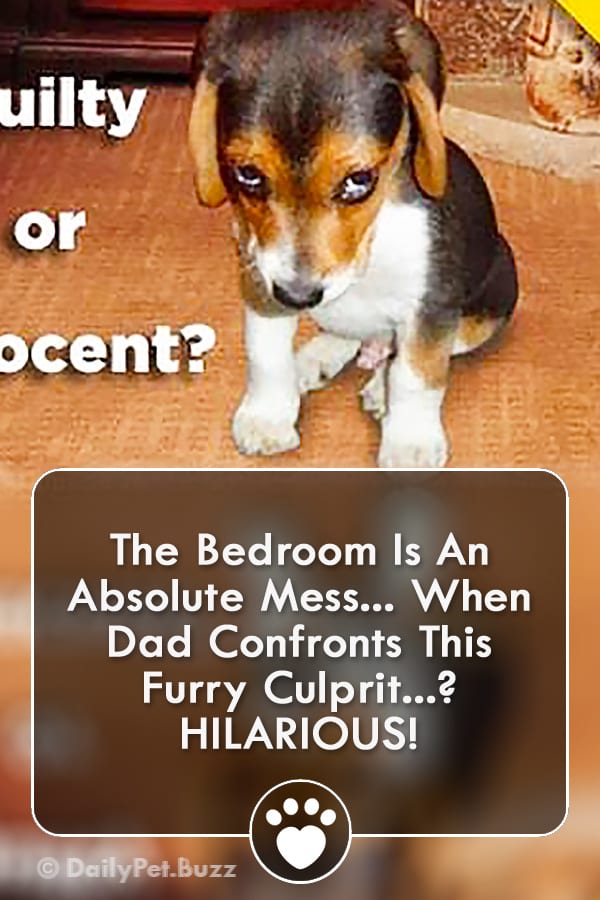