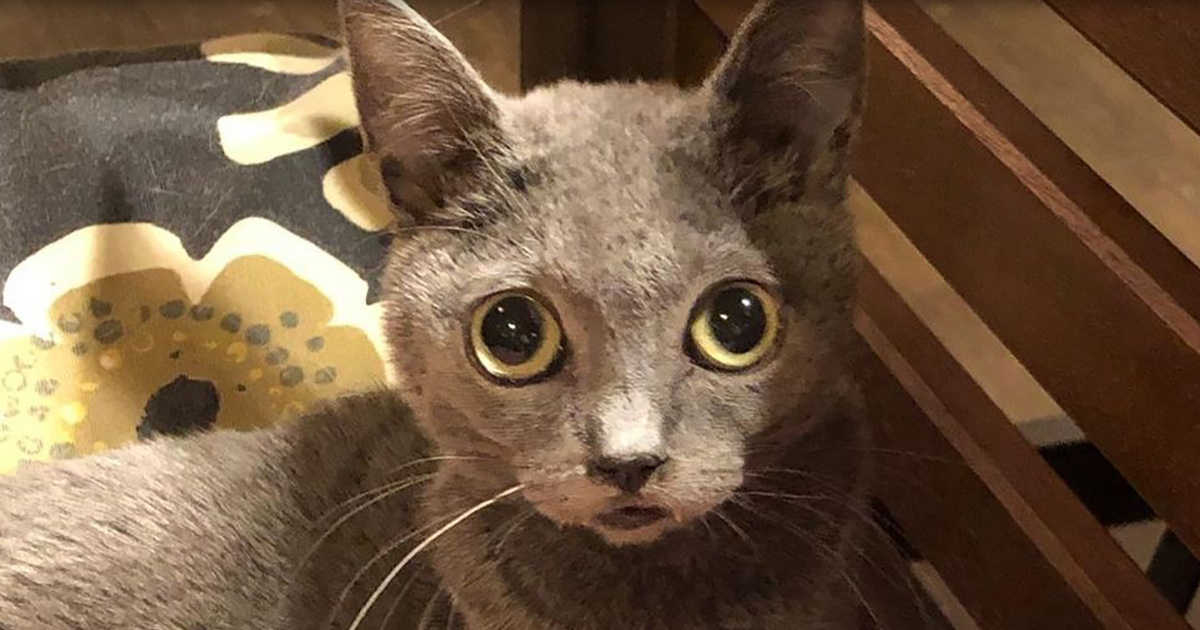 A Queens, New York resident found an unusual kitten in her back yard and contacted a local TNR volunteer, Jacqueline, for assistance with the little guy, whose legs appeared to clench uncontrollably, rendering him unable to walk. Upon her approach, it was obvious to Jacqueline that the kitten was quite friendly when he flipped over on his back and began purring.

The kitten was already weaned and able to eat on his own, but he was small enough that Jacqueline was surprised to see him eat cat food. The veterinarian determined that his deformed legs were the result of a congenital condition, rather than physical trauma and that the little feline was six weeks old, despite his diminutive frame.

The petite sociable feline went to a permanent foster home where he could receive care appropriate to his unique circumstances. Dina, his new foster mom, was impressed with the conviviality of the new addition to her household. He got along with all the resident animals immediately as he dragged himself around to investigate.

In his new home, the kitten grew up to be a small cat and earned the name, “Speck-tabular” – Speck, for short. To increase Speck’s mobility, he received water therapy and other physical therapies, wore braces on his legs, and eventually used a wheeled cart to simulate rear legs. Undaunted by his physical differences, little Speck refuses to allow anything to keep him from being an active cat just like any other. He is happy and healthy, and thriving with his family. 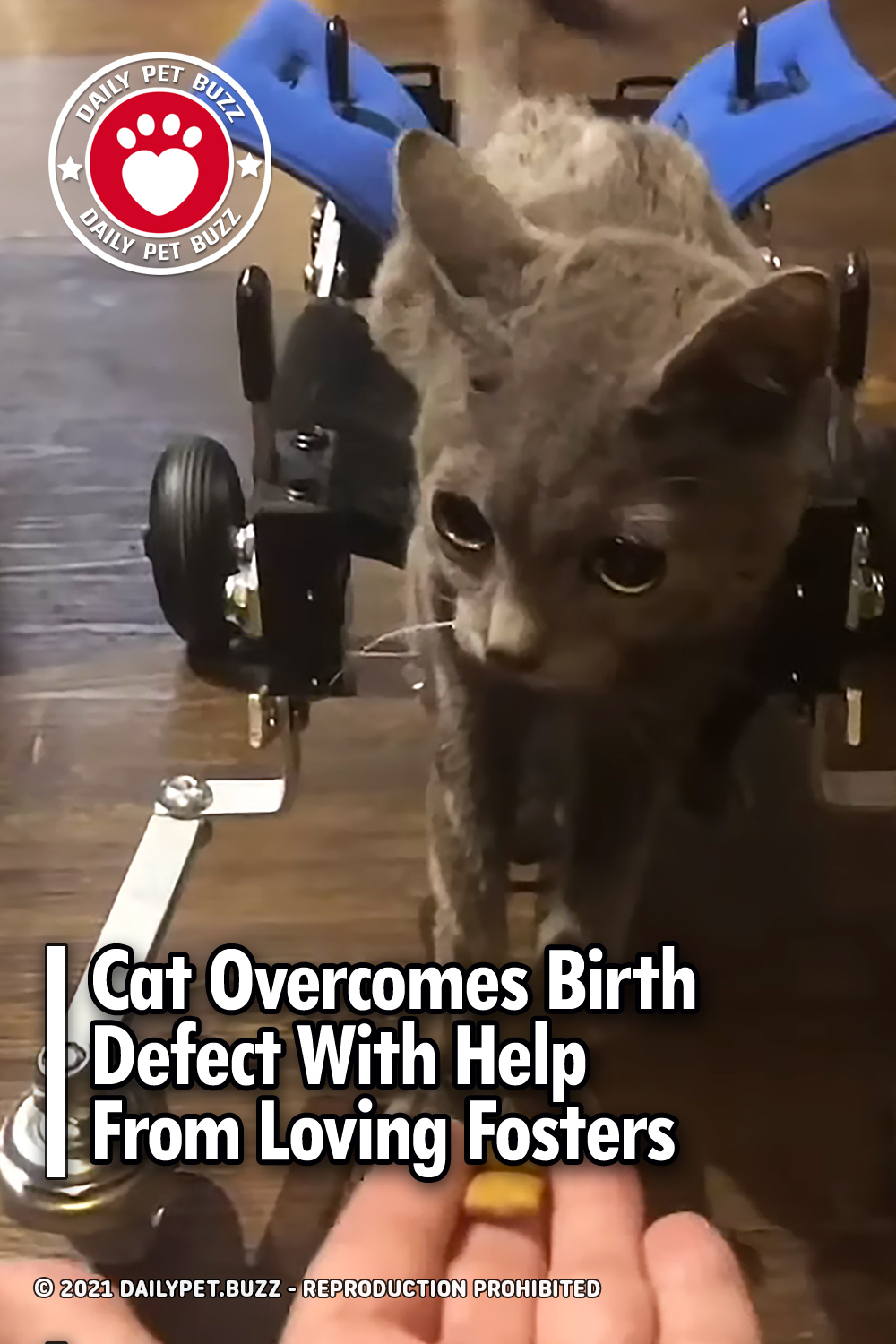