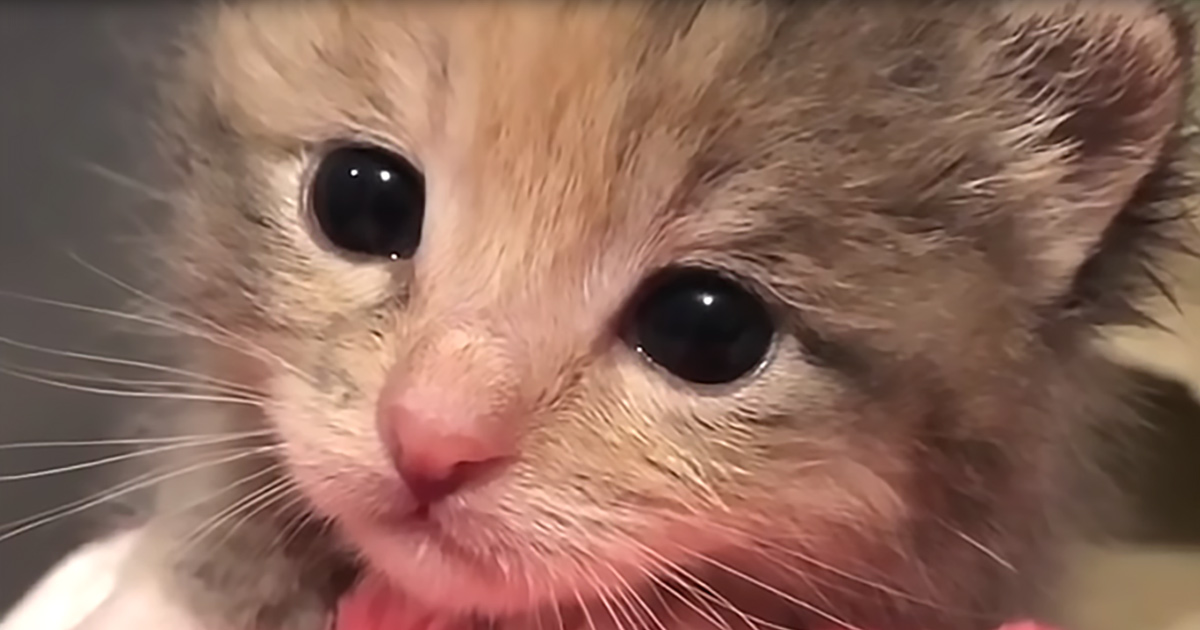 Alley Cat Rescue in Los Angeles responded to a call about a neonatal kitten found crying near a construction site. Although rescuers attempted to find a mother cat, none could be seen. Assuming she had been frightened away by the sounds of construction, the rescue took in the calico orphan and named her Chickpea.

Although the newborn found suckling from a bottle to be challenging at the start, once she figured it out, she nursed well. Chickpea found comfort following her meals nuzzled up against the neck of her foster caretaker. The baby had a parasitic infestation and her first days were touch-and-go.

Once she got through those first critical days, however, tiny Chickpea began to rebound. She put on crucial weight and found her purr motor. When she found it, she put it to use often; especially during the special time following her feedings when she got her circulatory rubdowns and snuggles.

Over the course of the weeks to follow, little Chickpea grew and developed by leaps and bounds. Her eyes opened and all of her senses sharpened. She ate readily and increased in size and weight. She even started exploring the area around her infant nest. With the help of her dedicated foster mom, Chickpea the kitten thrived and her future looks bright. 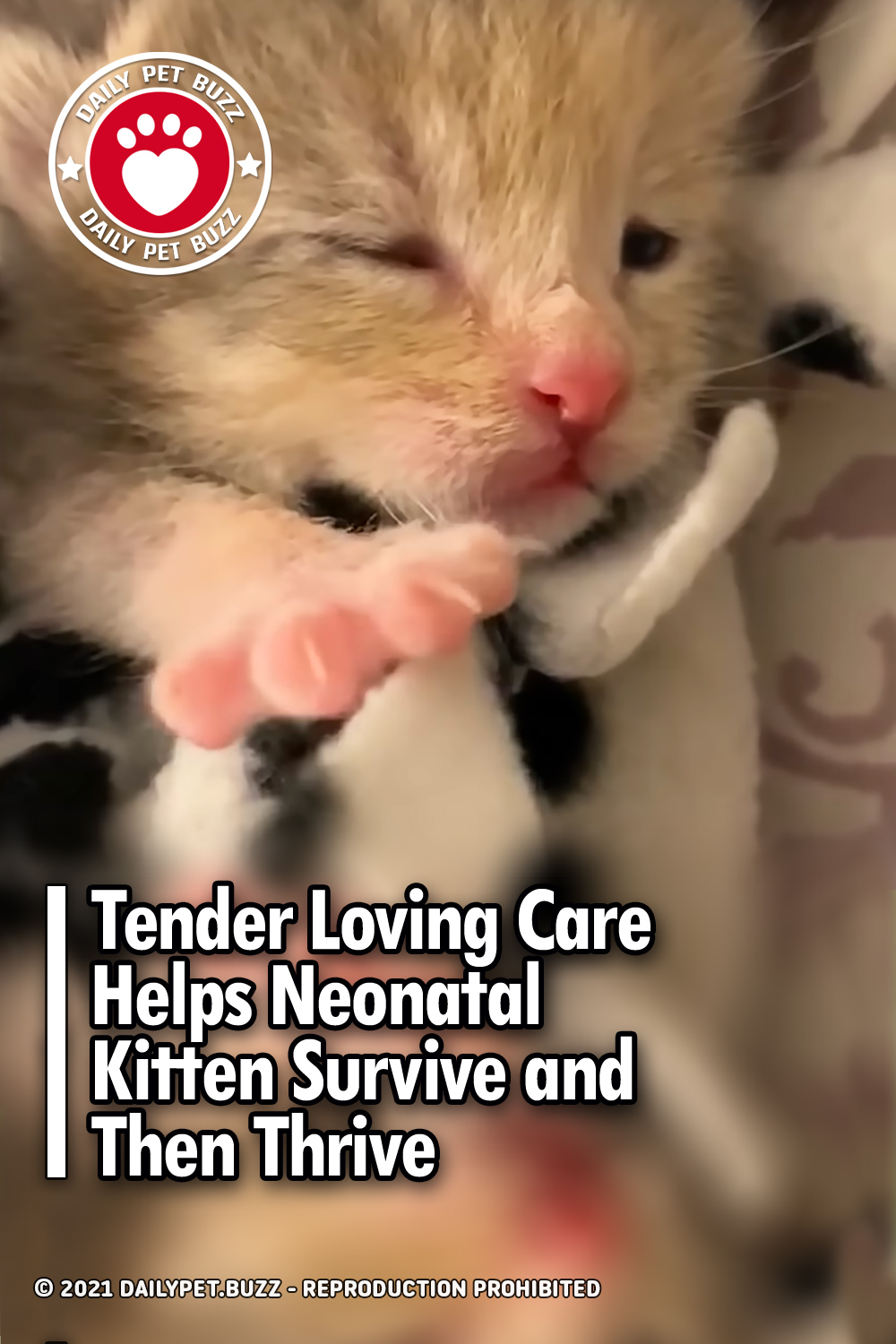