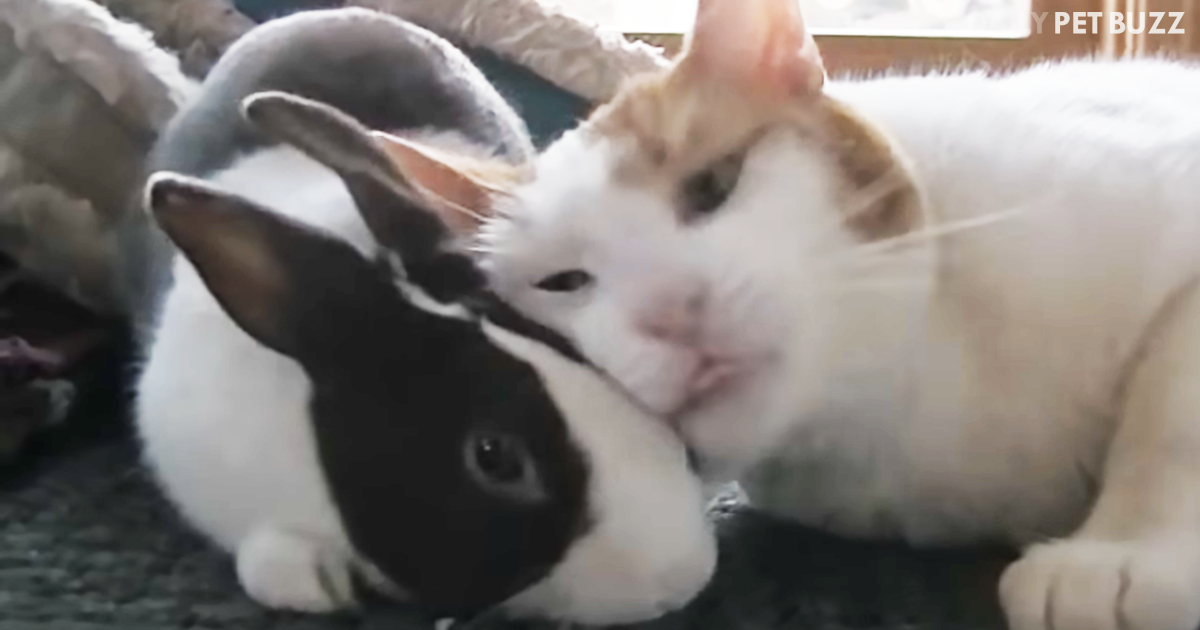 There are some scenes that make you stop, blink, and do a double-take. A cat and a bird, playing together. A dog and a cat, eating food together. It’s like the usual laws of nature are suddenly upended, but it’s in a good way. This is not like waking up and finding yourself on the ceiling. It’s usually really cute to watch.

I think that what we see here would fall into that sort of ‘different’ category, though you have to watch to decide. The video shows a cat resting his head on top of a rabbit’s head like a pillow. Well, of course, the cat is going to be the selfish one. The bunny seems like a patient sort.

This scenario has probably played itself out many times in the past. It’s still an adorable scene, and it just shows you how sweet some bonds can be. The question is, how long is this certain situation going to last? Answer: Not too long. The cat is a bit of a restless sleeper, which seems to annoy the bunny a bit.

After the cat rolls over several times and then tries to cuddle with the bunny, he does the equivalent of what a spouse does when the other is snoring: Move to a different area of the house to go sleep. Undeterred, the cat lays on his back and purrs like a motor while his daddy scratches the back of his head.

I love videos like the one below that show atypical relationships between two different species that might not get along in the wild. I don’t think a wild bunny running into a feral cat would have the same ending as this one. They probably met at such a young age to overwrite the basic coding of their brains where they might regard each other as enemies. Though if this cat keeps annoying the rabbit while he sleeps, who’s to say what will happen. 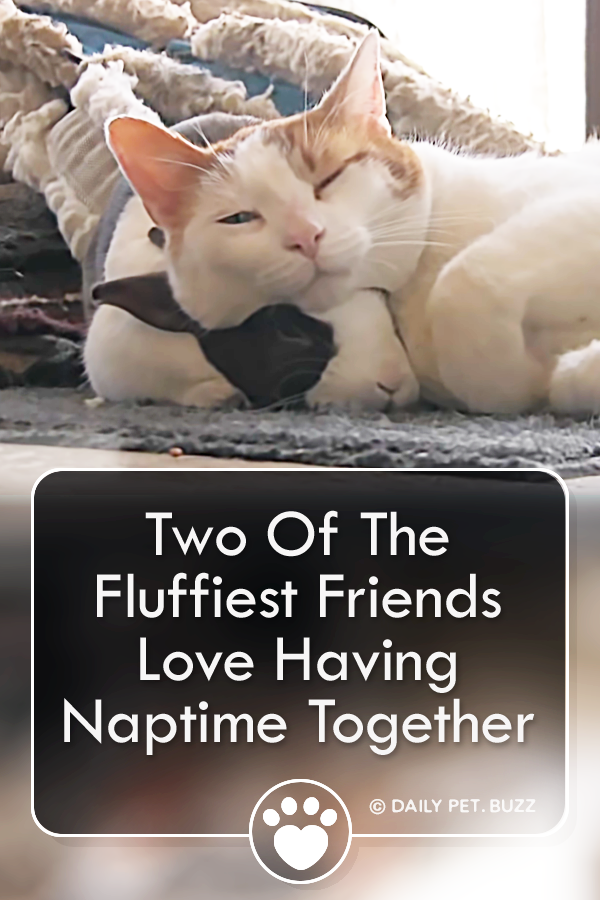