It’s hard to imagine what it must be like to have lived your whole life on the street and not known human contact. That must create a lot of fear and mistrust ” which makes it even harder for anyone to reach out and help you. Fortunately, the people in this video didn’t stop trying to rescue Benji, a dog who had been on the street for years and was in bad shape. It was his heart and soul that were the most broken.

The video starts with the rescue organization called Hope For Paws locating Benji. He’s under a car and you can see that he’s in dire need of a grooming. His hair is matted like a Komondor dog, but that’s obviously not his breed. Benji takes off running and the rescue people go after him. The camera angle here reminds me of scenes from the TV show, ‘Cops’ ” it’s from the point of view of the person chasing. They finally corner him and get him on a leash. He’s never been touched before, but one of the people start petting him and he calms down.

Then the real work begins. They take him to the shelter and start shaving off all his matted hair. It’s really uncomfortable watching this part because he is literally covered with fleas. Even when the hair is off, you see the fleas climbing around his face. They do a flea bath next and he’s good to go – on the outside, that is. His spirits are still down, he’s almost catatonic, but with the help of two other dogs there, he breaks out of his sheck. In about two weeks, he’s scampering around and having fun. The video ends with a call for adoption.

The really big message here is to never give up on someone. Even Benji, who was nearly feral, was able to be brought back as a loving, sweet dog capable of interacting with others. All he needed was a chance. I hope that someone adopted him. He needs a nice forever home with a Mommy or a Daddy who love him.

I was really moved by this video. What did you think? Leave a comment below! 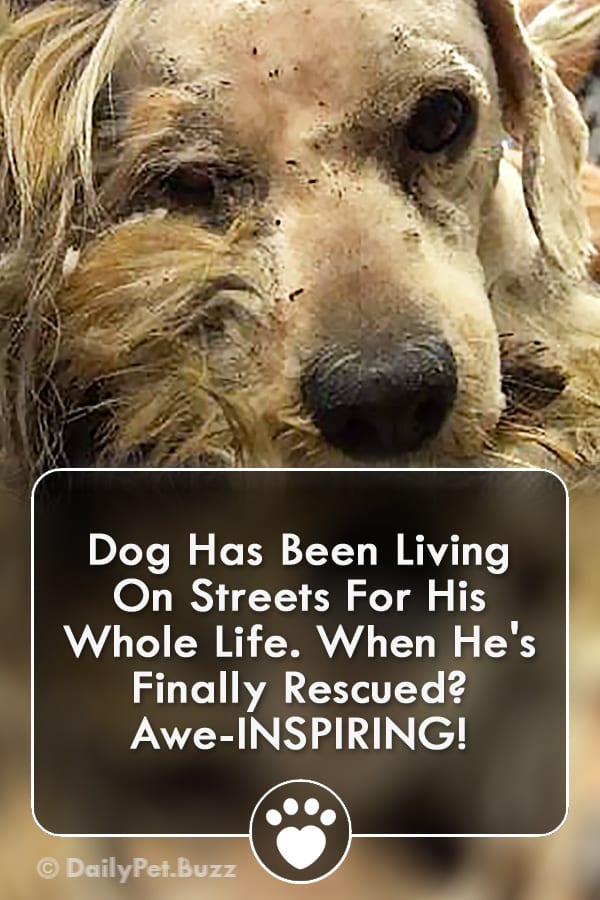