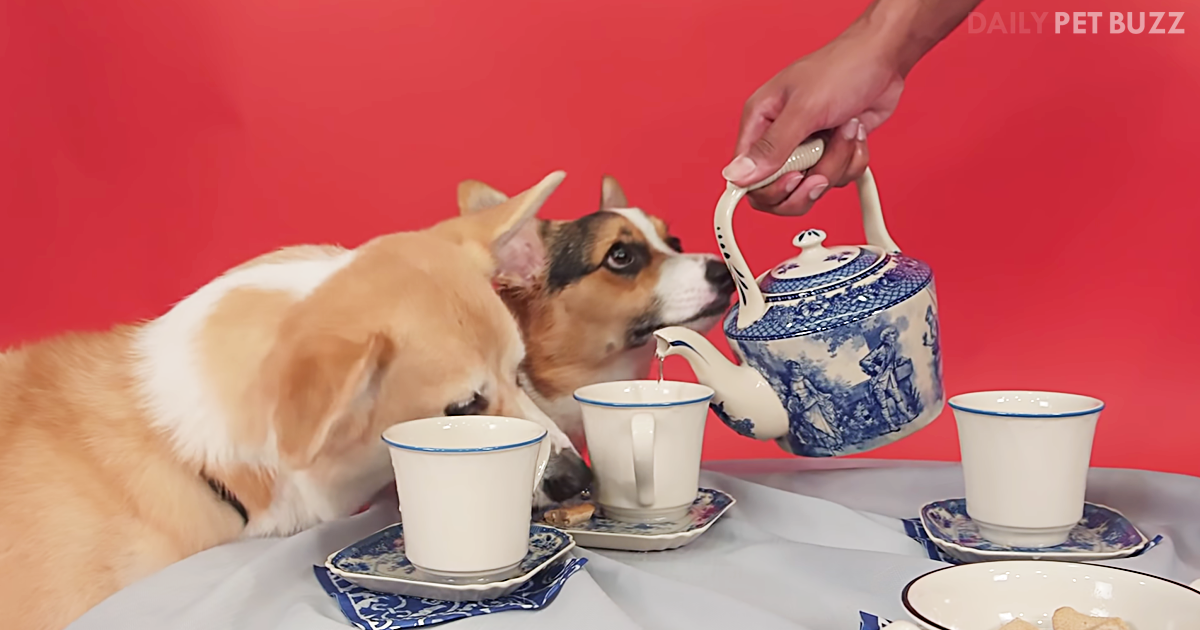 On Wednesday, September 9th, 2015, Queen Elizabeth II became Britain’s longest-reigning monarch. Everyone who is familiar with Britain’s iconic figure knows that Elizabeth is quite fond of animals. The Queen is well-known for her deep fondness for horses, and even in her 80s, she is still out riding as often as she can. But around the palace, Queen Elizabeth has her beloved, and very doted on, corgis.

In fact, over the course of her long, long life, she has been “queen mommy” to 30 Corgis — all descended from one called “Susan.” Today, however, she just has two remaining, and you better believe she loves them dearly.

In honor of Her Majesty and the four-legged cuties often trotting along beside her, we invited four corgis to join us for a fancy little tea party. Ok, so I admit this is less a “tea” party and more like a “just-water-and-dog-biscuits” party. At least they broke out the good porcelain.

Don’t miss this very cute tea party with corgis celebrating their beloved Queen. Click on the video below to participate in this very special little party. These guys and gals are all so precious, no wonder the Queen is such a fan. 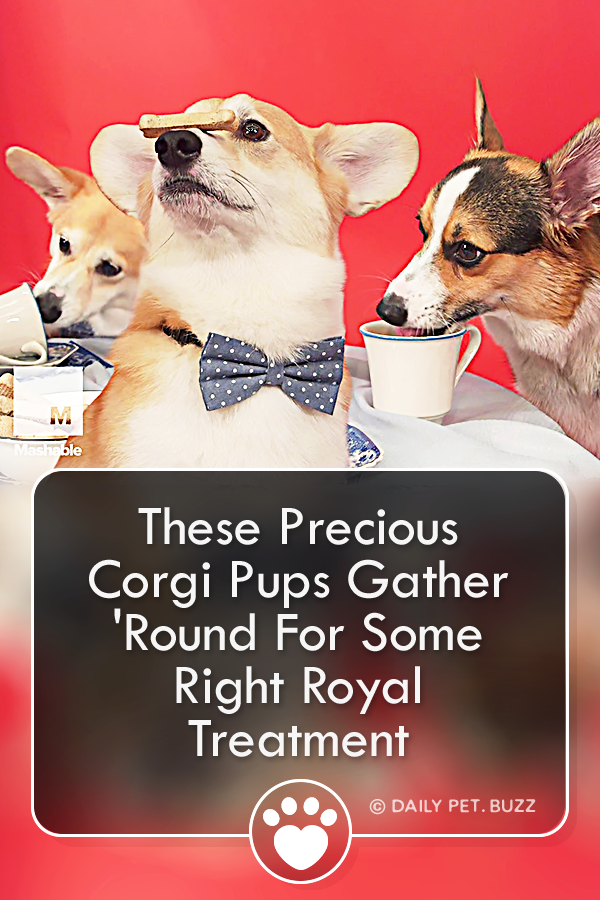