There are some times where it takes more effort for a dog’s mommy or daddy to get them out the door to go for a walk. More calories are expended than an all-day treadmill run. There’s pleading, cajoling, tugging, whining – you name it. There are some great exceptions though ” they practically bowl over their mommies and daddies running for the door. This video shows one of them.

It’s getting time to take Tyson out for a walk. Rather than just calling the dog over to the door and putting on the leash on, his daddy has a routine for him that calls for him getting some extra exercise before going outside. What he does is say a few simple words to the pooch: ‘Want to go for a walk?’ Well, Tyson reacts the same way that many of us would react if we were asked if we wanted a billion dollars. It involves a lot of jumping up and down .

Wow. I have not seen a dog this excited in ever. My old dog would sometimes bark and run around in circles, but she never got to this level. It’s almost like he’s got pogo springs in his legs. If I could jump like Tyson, I would be an incredible NBA player because I would just be able to dunk over everyone every possession. Yes, even someone like Anthony Davis. I’d just take the ball, dribble once and then ‘BOOM’ – two more points. Then again, they’d probably have players sitting on each other’s shoulders to stop me.

This video was fun to watch – for about 10-15 seconds. After that, I was rolling my eyes and making a ‘hurry up sign’ the monitor. There’s only so much repetitive jumping that I can take. Tyson’s daddy should have just put the leash on after three leaps. We get it. He’s excited to go for a walk. Then again, I’m an impatient New Yorker who gets annoyed about having to wait an extra 30 seconds for a traffic signal to change.

Have you had a dog react this way about going out for a walk? Tell us all about it in the comments section. Also, please ‘Like’ us on Pinterest. 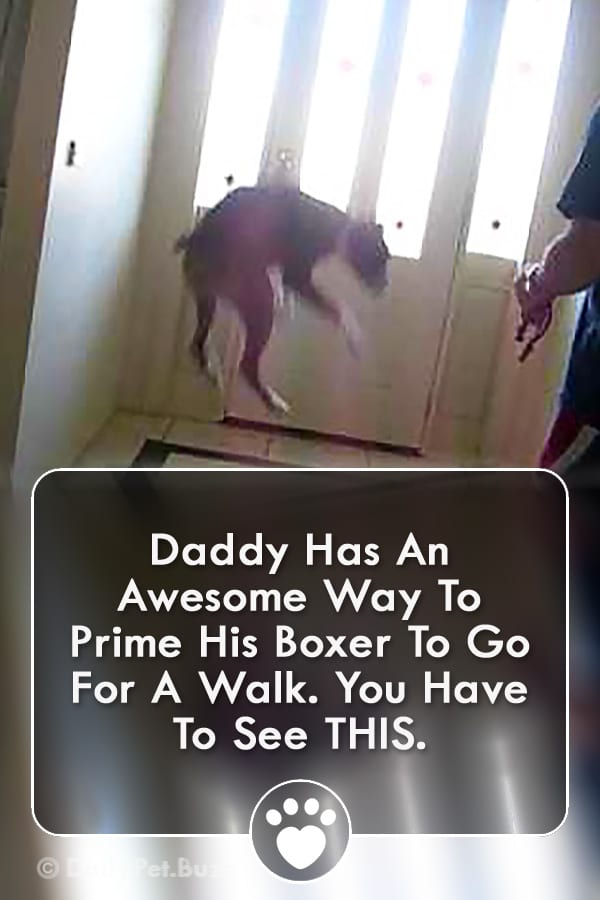