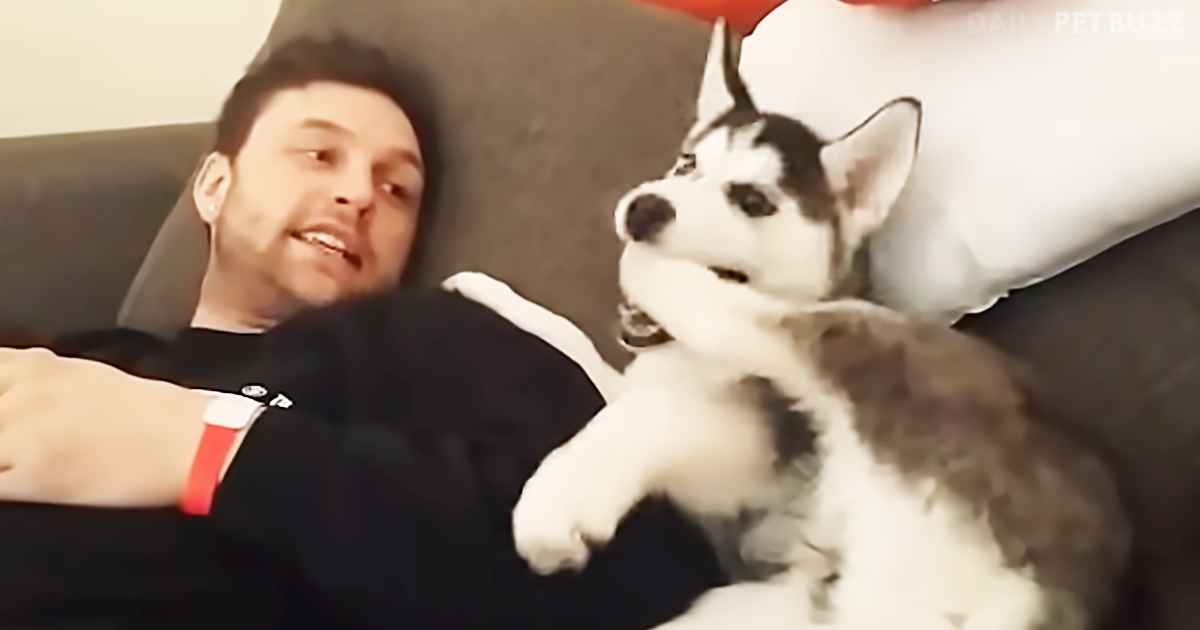 I always love playing with my cats. Well, as much as they’ll let me play with them. Sometimes they are all energetic, and then other times, they will glare at me as if they will slit me from head to toe if I even walk near them. There are also times that I will have ‘conversations’ with them – I’ll talk, and they will meow at me.

Then there’s this cute video of a daddy and his pup. The video shows DJ Aaron Dissell and his Siberian Husky puppy. They are both on a sofa, and Dissell seems to be in a ‘rest and chill’ mood – he’s slumped down, chilling. The pup is resting his paws on his shoulder. They are engaged in a mock shouting match.

Dissell is making it clear that he’s joking, his voice is an exaggeration of a yell, and the puppy is far from fazed by it. It seems like each of them is intent on having the last word. The puppy sometimes seems to be parroting what Dissell says. There are a couple of times when it sounds like he says, ‘No. You stop!’

The two are clearly having fun with this faux argument. Of course, the pooch is just hearing ‘Blah blah blah blah (his name)!’ Dogs can identify some words, but largely everything comes across as white noise. Don’t miss this hilarious argument in the video below. Who do you think will win this argument? Who will walk away with their foot in their mouth? Watch and see. 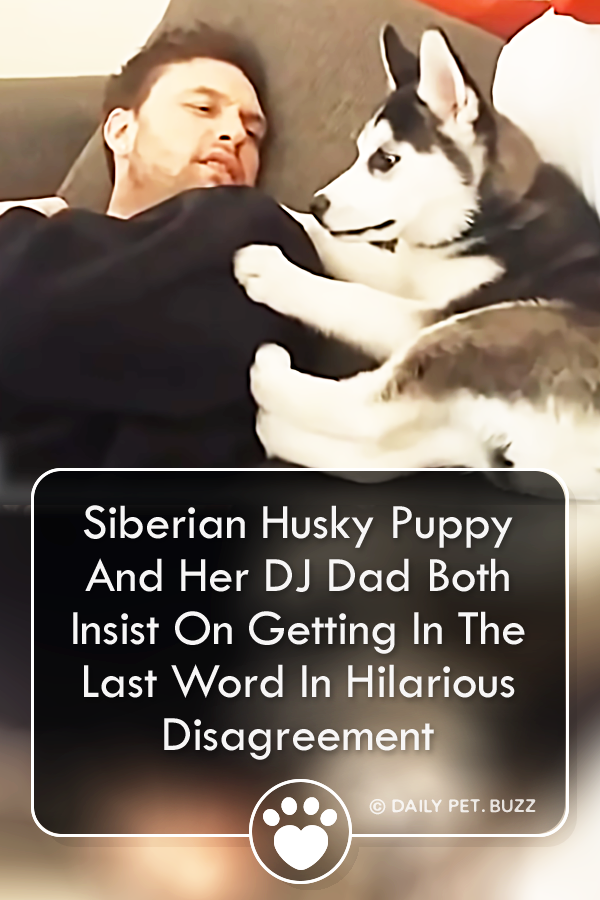