Apart from their striking beauty and gorgeous sturdy frame, Budweiser Clydesdales are renowned primarily for being featured in the Anheuser-Busch Brewing Company’s advertisements, and a series of hilarious commercials. They are basically a herd of Clydesdales owned by the aforementioned company. Beauty-wise, the white fur on their faces that runs down from the forehead to the muzzle separates them from other horse breeds. But that’s not it, they also have white fur on their legs which gracefully transitions from dark brown to white from just under its knee to the fetlock and finally to the coronet in a wonderful gradient. However, the video featured below shows us a hugely common side of the Clydesdales. It was pulled from one of Budweiser’s memorable advertisements aired in 2005. It offers a sneak peek of what they are popularly known for but with a funny twist in the plot.

In the heart of winter, they were having a good time in the snow. There are seven horses on set. Four on one side under a beautiful pine tree of medium height covered in snow, the other three a stone throw away. The majority- the four under the tree- start making sizeable snowballs and kicking them toward the other group. The first lands on one of the horse’s behind. They continue peppering them with the snowballs which are directed straight onto their faces. I imagine the three saying to each other, ‘Okay. That’s it, we’ve had enough.’ One then offers to deal with all four and it has left me with a belly laugh.

The horse moves hastily to the tree and knocks it with its side. The snow falls onto them and they’re eventually covered in snow. The three surely had the last laugh but wait, it doesn’t end there. The final scene is more hilarious. With such Ads, it isn’t surprising that the company says that, ‘the Clydesdales continue to be an enduring symbol of the brewer’s heritage, tradition, and commitment to quality.’ Clearly, they are.

Watch and share this hilarious Advert. Be sure to leave your comments below. 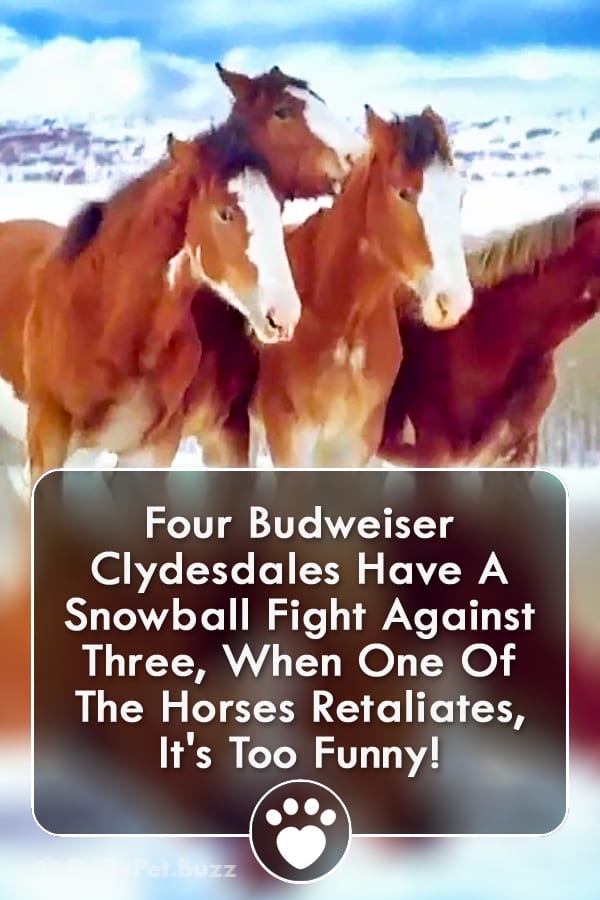