Every now and then we come across two animals of different species that are inseparable friends. I think this is proof that animals form bonds with each other and need each other just as much as humans do. Animals are even able to form bonds that are stronger than human bonds and with a higher level of trust. But there are many people who are not convinced of animals’ ability to form close bonds of friendship and express their feelings to their furry friends. Once they see this clip between these two unlikely friends, they may change their minds.

This video begins when the owner of this horse sees him acting strangely, and then realizes he’s playing with his best friend. This four-year-old quarter horse stallion is named Whiskey Brown and while he looks big and tough, once you get to know him, you will see he is just about the best friend anyone could have, especially this dog. His best friend in the world is actually a two-year- old dog named Lucy. Lucy loves to play with Whiskey Brown and her ball and the two love to chase each other, which you’ll see in the video.

Whiskey Brown’s owner tells us that he has watched this video too many times to count, and he’s so thankful to have such an amazing animal in his life. Actually, he has two amazing animals in his life and they just happen to be best friends.

Please share this endearing video with all your family and friends. Be sure to forge a bond just like Lucy and Whiskey Brown! 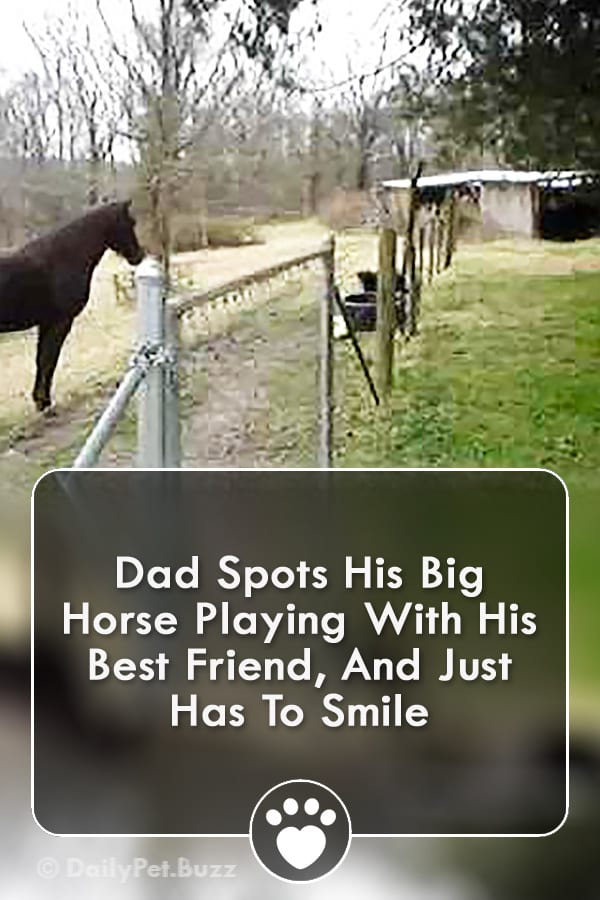