Dogs are not just man’s friend, but are friendly with every other creatures on earth. You have probably seen many videos on the internet where dogs try to make connection and bond with other species like cats or human babies. In this video, we will be able to see this rare friendship between a dog and a horse. I’ve never seen anything like this before!

According to the video, this Doberman named Boss loves reining and playing with the horse named Contino. Most of the times, Boss and Contino play and caress each other. As soon as Boss sees his favorite pal, he runs to him and starts pulling on his lead. And in response, Contino slowly walks with him obediently. Contino too sometimes licks Boss affectionately. It is really amazing to watch these two animals from different species getting along with each other.

Watch this video. Don’t forget to write us your opinions in the comments section. We’d love to hear from you! 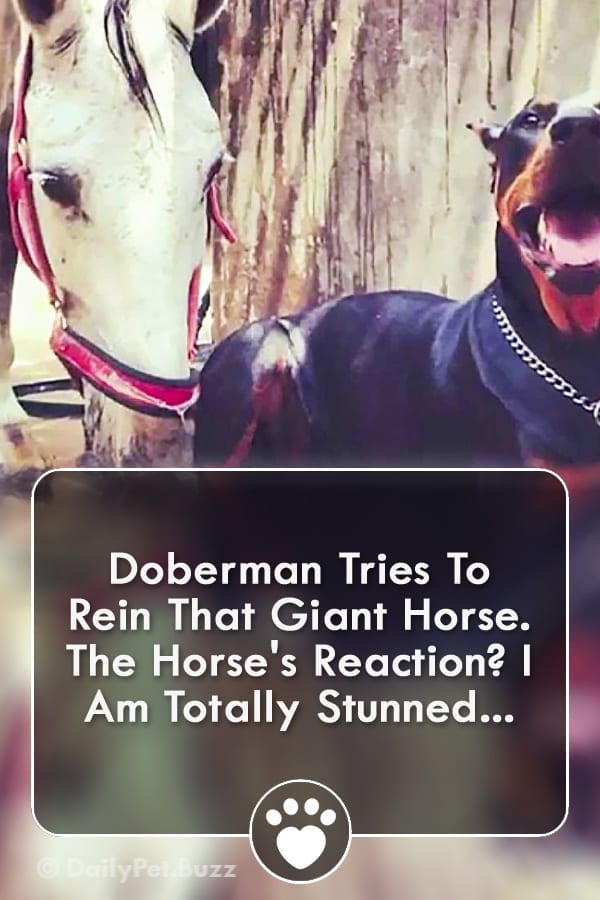