It wasn’t long after the invention of photography that somebody figured out how to photobomb. In fact, one of the first recorded and recognized photobombs happened way back in 1853. It’s a time honored tradition, and one I doubt we’ll see ever completely leave. Maybe one day it’ll be 3D interactive world bombing! Until then, we can find a wealth of hilarious photobombs all over the internet. The one in the video above, however, is one of a kind.

This man was out on his boat, minding his own business on a beautiful day. He decided he wanted to capture the moment, and pulled out his camera. However, he didn’t know that he was being watched. In the water nearby, a friendly sea creature kept his eye on this man’s boat. We’ll never know what was so attractive about the boat, or the man. Whatever it was, this happy sea lion decided he wanted to be closer. In fact, he wanted to be ON the boat!

As the man raised his camera, ready to shoot, the sea lion popped out of the water and onto the boat, right behind him. He laid his head down on the man’s shoulder and proceeded to pose, like a professional model. While many people may have panicked, this guy kept his cool and managed to record the whole encounter. He even quipped, ‘Here’s my new friend.’

This is a perfect example of the kind of bridges a little bit of friendliness can build. While the man and the seal have precious little in common”other than both of them liking fish”the very fact that they were open to one another is enough reason to hang out. 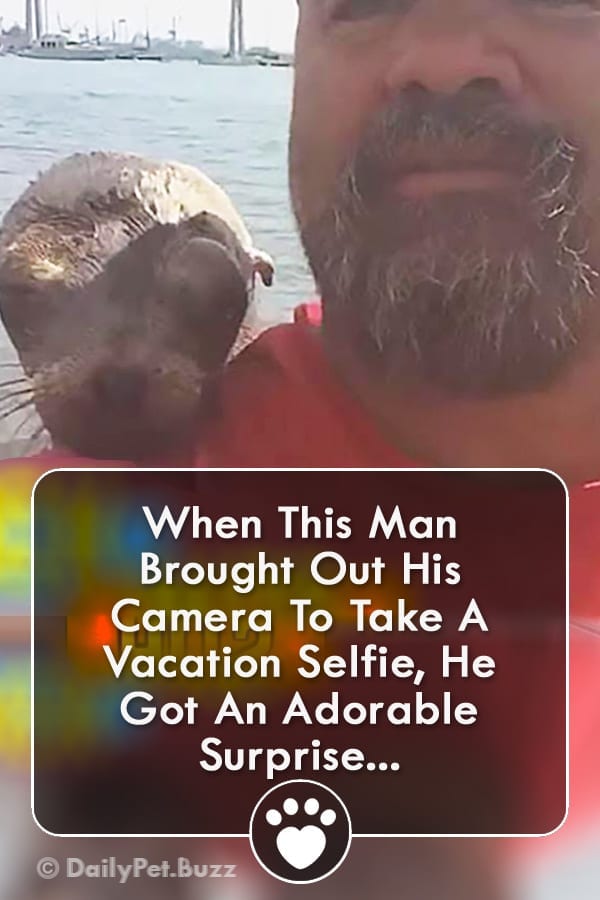