It’s a sad fact that millions of dogs all over the world are abandoned by their owners each year. In the US alone there are around 4-million dogs left to fend for themselves anually, and on average 1.2-million of these homeless and destitute pets are euthanized. Many organizations have been established to help these needy animals, but unfortunately there are just not enough of them to cater for this growing demand.

Christmas time is the worst time of the year for dog abandonment. Puppies are given as presents to children with all good intentions, but after a period, either the child grows tied of the responsibility of owning a dog, or the parents just can’t cope with the extra mouth to feed. Take a look around you, you will find many homeless dogs wondering the streets in January and February as a result of one poor decision.

The ‘Animal Planet’ channel runs a program called ‘Pit Bulls & Parolees’ and the clip above is lifted from that. They have received a report that homeless dog was roaming the streets in New Orleans, and that it looked emancipated and was in a very bad way. When the rescue team located the dog they could see that time was running out for this struggling canine, but also the she had recently had a litter of puppies. Remarkably, the dog came straight to then, as if she knew they were there to help. She then led them to a house no more than 20-yard-away where they found the owners house-mate.

Shockingly they discovered that the owner of the dog was in jail and that the house-mate was supposed to be taking care of the Mamma and her pups, not surprisingly, he was not. When the rescuers ask in they could see the puppies, this callous man replied ‘Your bothering me’ then closed to door on the rescue party. This left them with no choice but to get in contact with the authorities to allow them to rescue the pups and re-unite them with their anxious mamma.

With the law on their side they were able to go back to the house and retrieve the sick pups. The first two seemed to be ok, but the remaining pair wern’t in such good shape, the guys new that time was against them and that they had to get these cute little babies back to their mother before it was too late.

When you watch the video above try not to think about the cruelty of some people, but more importantly about the caring that the rescue team and their organization shows. And remember, next time someone suggests getting a pet as a present, make sure that you advise them wisely as to the seriousness of their decision. 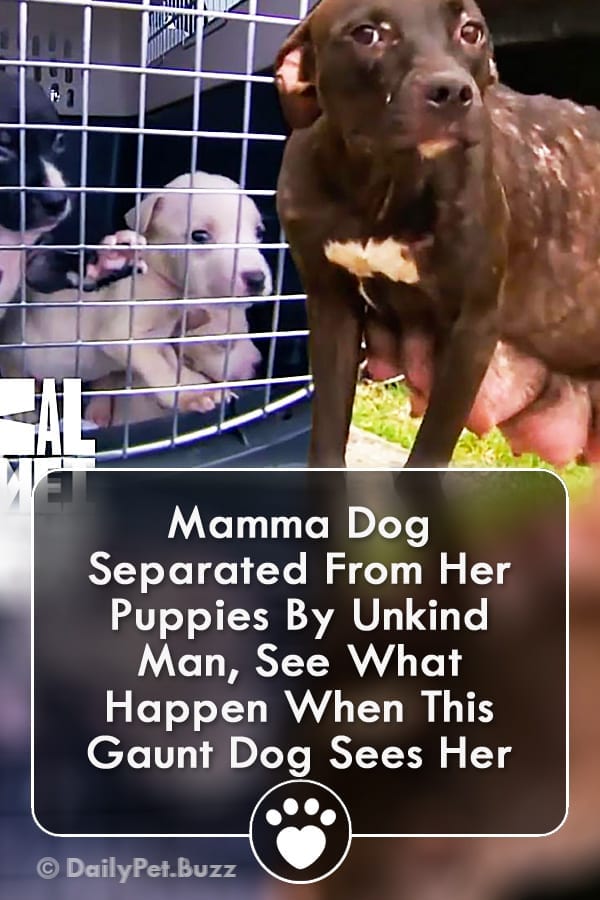