There are lots of homeless dogs that are forced to live their lives on the streets. The poor creatures get no shelter or food or proper support from anywhere. According to statistics, there are 1.2 million stray dogs in Houston alone. The video above features one of them.

Pumpkin had chemical burns all over her skin and she was injured with BB pellet guns. She was living on the streets and most people refused to help her because she looked frightening because of the chemical burns. But on the inside, she was a sweet, loving dog who just wanted to be helped. She was frightened and alone on the streets.

An unkind man posted her picture on social media, but instead of helping her out, he made fun of her. He laughed at her condition, but soon it went viral. Rescuers heard about it and immediately took action to find Pumpkin and help her. They didn’t see a lost cause. They saw a dog that deserved kindness and love.

When they found Pumpkin, they also found a tiny puppy called Itty Bitty with her. Sadly, the little puppy didn’t make it. However, Pumpkin was treated and looked after well. Her skin started to heal, her fur started to grow back, and she began to recover her spirit and show her sweet disposition again. She had hope. She slowly recovered and her foster mom ended up adopting her.

Watch this touching story below! What are your thoughts about Pumpkin’s rescue? Feel free to share them with us in the comments! 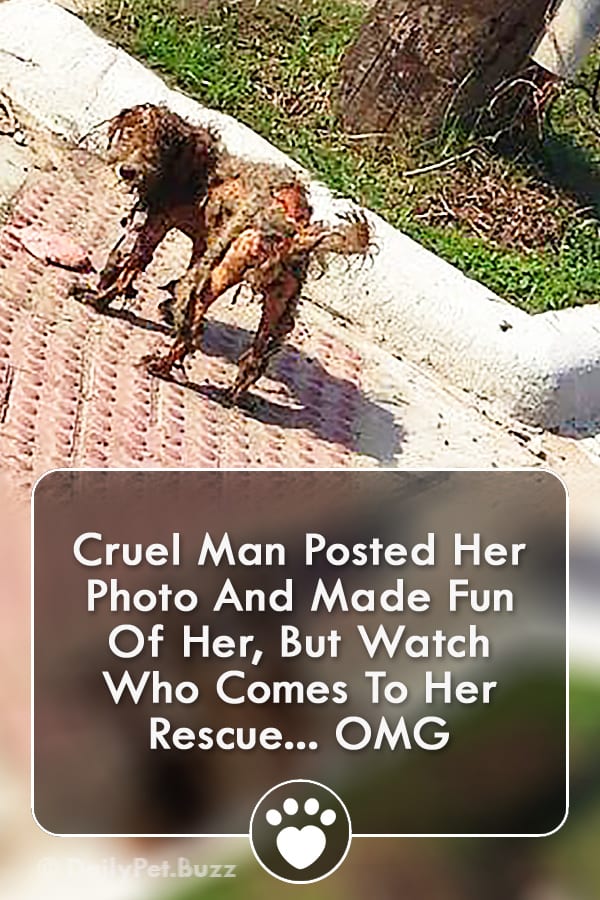