To your dog, a bath doesn’t equate to getting all beautified. Sometimes it means having the worst time of his life. His fear isn’t completely irrational. Water’s scary, not to mention being suds up and groped. Sometimes it means having fun with their humans with the suds and the water hose outside. Many dogs enjoy a bath, and I think the little Westie in this clip might just be one of them.

The human in this clip knew that her Westie, Keenan, was curious about the jetted tub where she takes her bubble baths, so she took her waterproof camera with her to film his curiosity. I can’t say I blame her, because it is pretty cute to watch him peeking over the side of the tub.

Keenan in this video noticed his human was having a lovely relaxing time in her bath and he got way more curious than his owner though he would. It is adorable to watch this dog and his fascination for bubble bath. The first time he actually put his feet on her knees in the tub, she laughed and moved him back to the edge, out of the water.

But then he did it again. He soon figured out that if he went to the end where her feet were, she couldn’t stop him from jumping in. So that’s what he did! He dives head first into the bubbles and comes up with a pile of bubbles on his head. His human had a good laugh and he looked totally adorable.

Watching him take a big old leap of faith had me giggling all the way! Who else has an adventurous pup like this? Tell us in the comment section below! We would love to hear your stories. 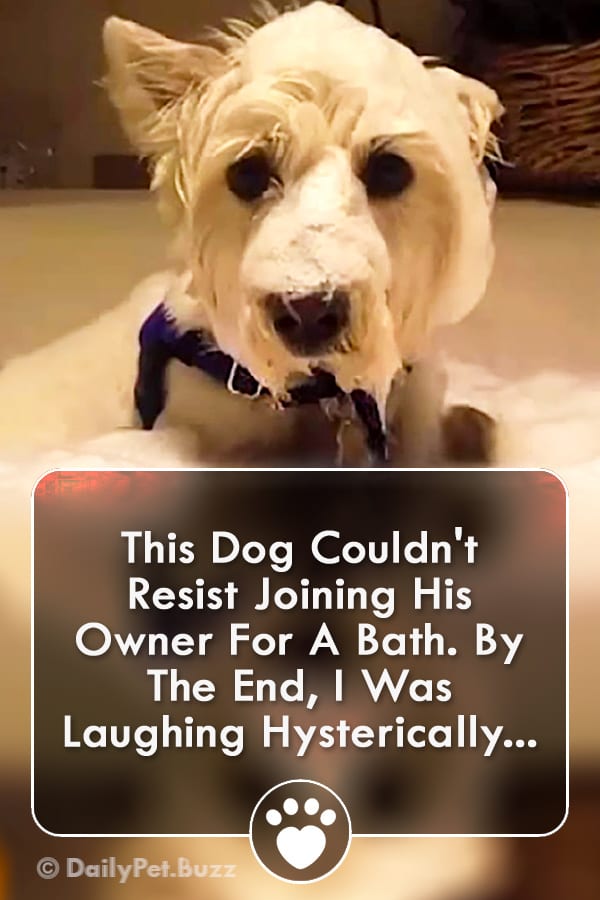