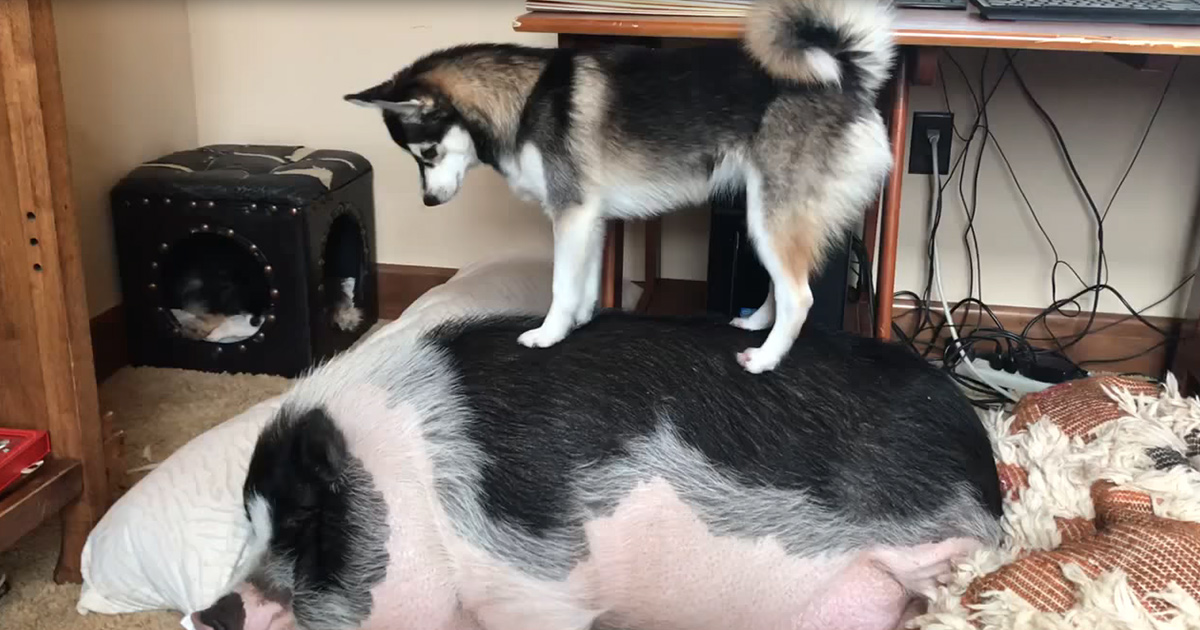 Forget the old adage about letting sleeping dogs lie. This dog is apparently unable to let sleeping pigs lie. Sometimes when someone is in a deep slumber, it takes drastic measures to wake them. A family saw their dog trying desperately trying to awaken their pig, who was blissfully snoring away. Knowing that this action should be shared, they quickly reached for the video camera.

It was unclear whether the dog was tired of listening to the pig’s loud snore, or if she simply wanted to engage in a fun game, but either way, both parties were equally stubborn. The malamute first tries waking the porker with her shrill bark. It usually works with humans, so why wouldn’t it work with the pig?

To the dog’s great frustration, the pig continues snoring and does not seem at all aware of the persistent noise coming from the agitated canine. It must be some engaging dream to be able to sleep through all that racket. Next, the dog tries a more forceful approach, bringing the front half of her body up into the air and landing forcefully on the sow’s stomach. Surely brute force will work.

When this action elicits no response from the pig, the dog repeats her physical assault over and over. Finally, after quite a few attempts to wake the slumbering pig, she succeeds. The pig groggily stumbles in the dog’s direction, while the dog quickly scrambles away – possibly to encourage that game of chase, or maybe she does not want to face the wrath of someone who just wanted a few more minutes of shut-eye. 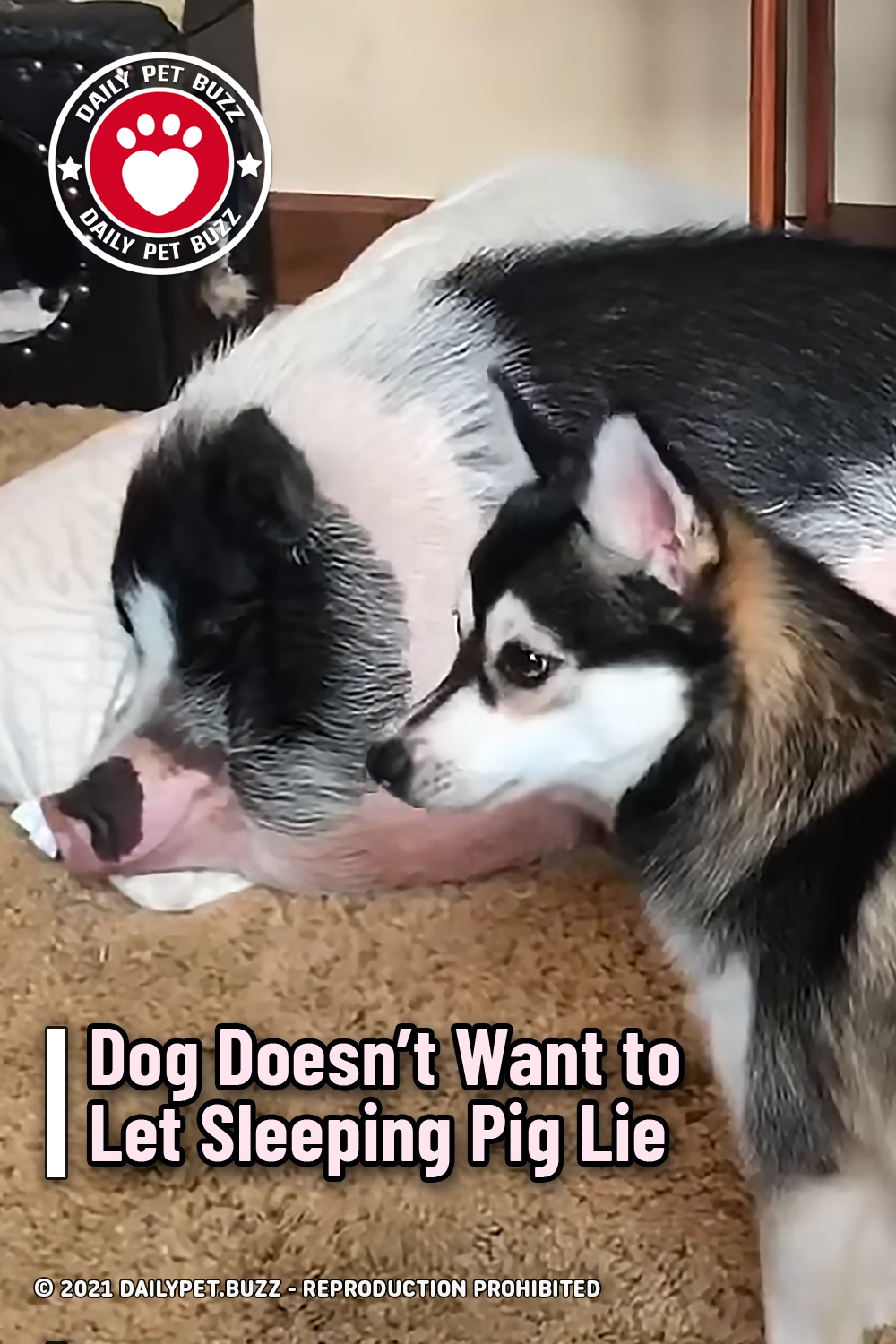