There’s no denying that dogs are some of the world’s cutest and sweetest creatures. Always curious and intrigued by the world around them, they’re known for sniffing out whatever they can. Sometimes, this gets them into some pretty sticky situations, and they can even find themselves twisted up like a pretzel and stuck somewhere! The dog in this video is a prime example of the goofy ways in which dogs can get themselves caught in some pretty interesting positions.

This chocolate lab found himself in a pretty uncomfortable situation after he was seemingly attempting to hop over a fence. His failed attempt resulted in his foot becoming stuck in the fence’s metal wiring, and he was caught upside down! A woman called the police to ask for assistance, and an officer came over to rescue the poor pup. Despite the unfortunate circumstances of their introduction, the dog wagged his tail as a way of greeting his savior.

Although the officer wanted to comfort the dog upon releasing him, the dog ran away pretty quickly. The man kept calling out to him, but the dog was nowhere to be found. Figuring he was long gone, the officer went back to his car, but he was met with quite the surprise! The dog was already inside waiting for him! The open window must have provided a large enough opening for the dog to crawl through, and he was clearly ready for more adventures with his rescuer.

That’s one heck of a thank you! Putting complete trust in the officer, the dog was eager to develop a stronger bond with his new friend. Isn’t this awesome? Be sure to watch the video to see the entire story unfold. Then, share this story with your friends and leave a comment for us down below! 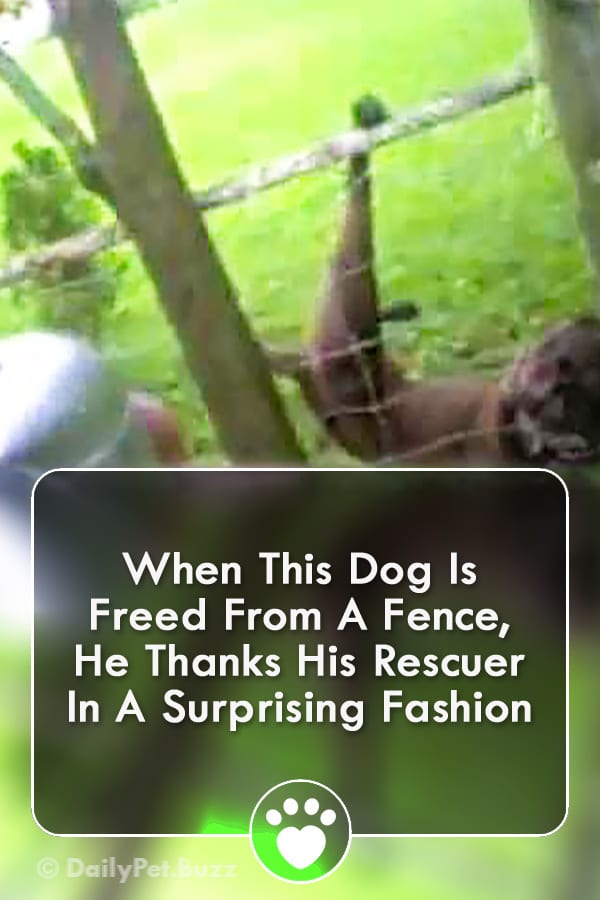