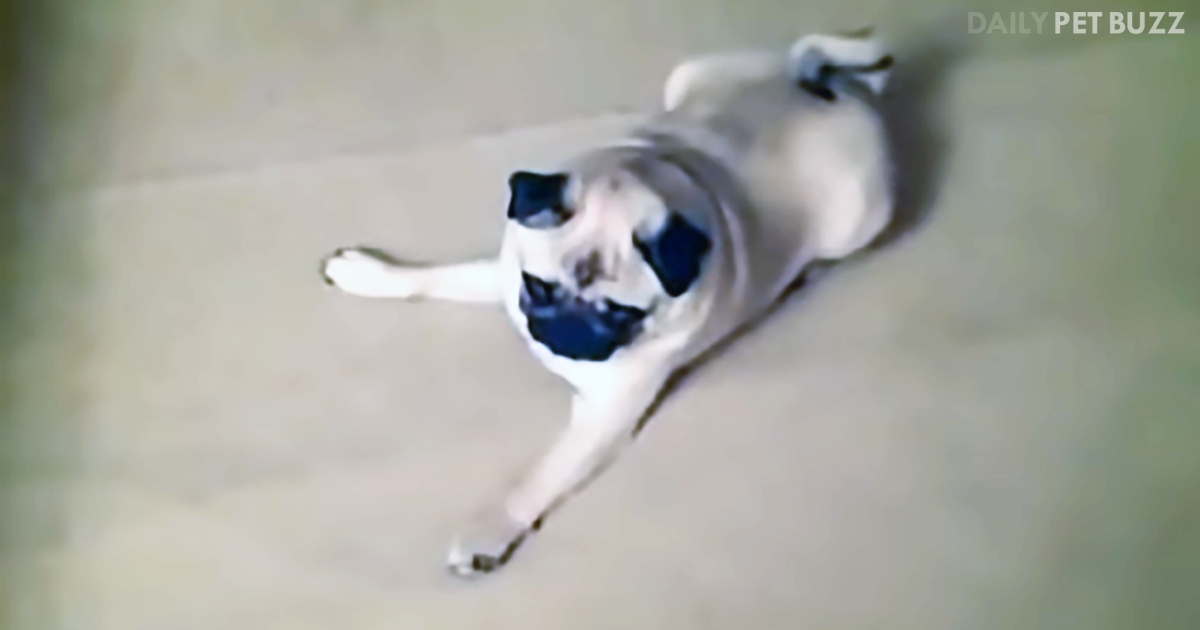 It’s often a time of the evening that every parent out there dreads: Getting their child to go to bed. What ensues contains enough drama to rival every one of Shakespeare’s works. The yelling. The wailing. The pleading. The tears. That’s all on the parent’s side, mind you. The kids are often WORSE. Parents of dogs can also attest to this. Witness this video of a mommy trying to get her pooch to sleep.

We see a pug named Grimley. His mommy tells him that it’s time to go to bed. Well – you’d think that she sentenced him to decades of hard labor at a gulag. He does NOT react well to this and proceeds to go on a minutes-long tirade that, if we could translate his barks and yaps, would say, ‘I DON’T WANNA GO TO BED. NO! NO! YOU. CAN’T. MAKE. ME! NOT FAIR. NOT SLEEPY! WANNA STAY UP! ‘

Grimley does NOT want to go to sleep. He hides under a dresser, runs out, and barks at his mommy roughly a billion times and even takes to nipping her toes. She’s undeterred and keeps telling him that it’s time to go to bed. The thing is, the video ends without him going to bed. I hope that she’s still not standing there today, telling him to go to sleep. That wouldn’t be a very good ending.

I have to say, as far as intimidating dogs go, pugs rank very far down the list. Don’t get me wrong; I’ve met and patted quite a few pugs, they can be really friendly. Once though, when I moved into a new area, a neighbor had a pug that came out and barked and growled at me when I got my mail. I rolled my eyes and just walked back into my house. It’s hard to be afraid of a breed of dog that looks perpetually worried. Check out this funny pug in the video below – he really wants to stay up and play.