Nobody likes injections or even to get pricked with a needle. How many of us have dreaded a doctor’s appointment, knowing that blood tests have to be done? I remember being able to handle any hurt, but when t came to a small prick on my finger, I would howl buckets!

Well, when 85 year old Gwen Maxwell looked outside her window one sunny day, she noticed something that seemed a little strange. A bush in her yard seemed to be howling! Staying in sunny Arizona, she wondered if she was seeing things, but when she took a closer peek at the howling bush, she saw it was a creature of some kind that seemed to have gotten itself into a prickly situation.

Puns aside, upon closer inspection, she could make out that it resembled a dog, but the poor thing had gotten into a fight with a cactus and the creature’s entire body was filled with painful cactus spines. The little pup was howling loudly, and that’s when she could make out that there was a coyote pup in her back yard and not a dog! The little one was in pain, rolling on the ground as if trying to get some relief from the stinging cactus spines. She couldn’t help the writhing puppy, but she immediately called her neighbors for help.

Jose Soto and Shawn Bordine, maintenance workers from the Pebblebrook Golf Course came over to give Gwen and the pained pup a helping hand. It took time and patience, but they both managed to take out the cacti clusters and spines from the creature’s body using pliers. What’s even more wondrous is that the pup knew that the humans were there to help, not to harm it and it lay perfectly still, allowing the workers to remove the offending spikes in peace.

Once all the cactus spines were removed, the little one ran off to be with his mother who was waiting nearby and the two creatures quickly disappeared from view. I’m really happy that a good deed was done and that the ending was a happy one, instead of a painful one.

Watch the video to see how the story panned out. But ouch! The thought of cactus spines in my body gives me the shudders! I haven’t had very good experiences with cactus, especially after I sat down by mistake on one. I know I’m never repeating THAT experience! How about you? Have any prickly stories to share? Write in and tell us all about it in the section below! 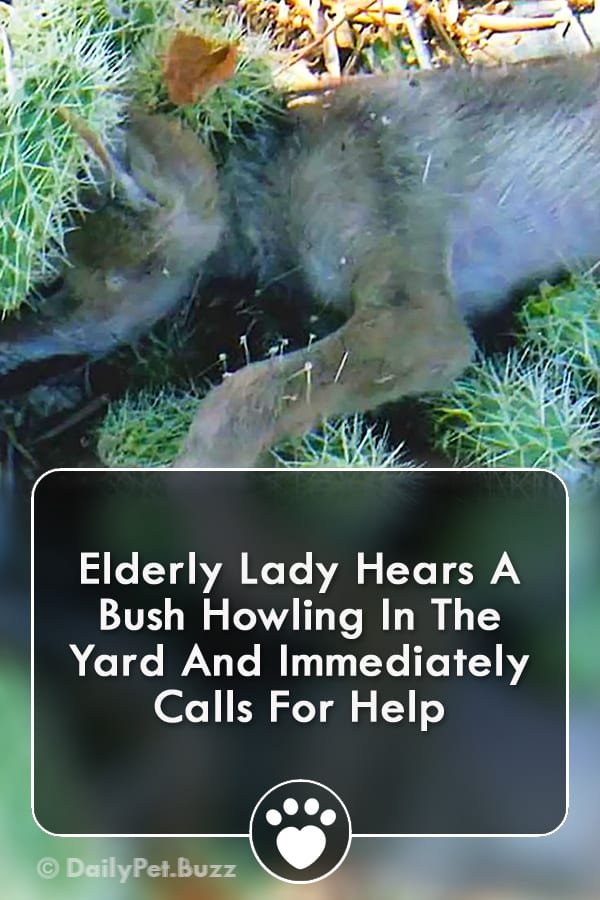