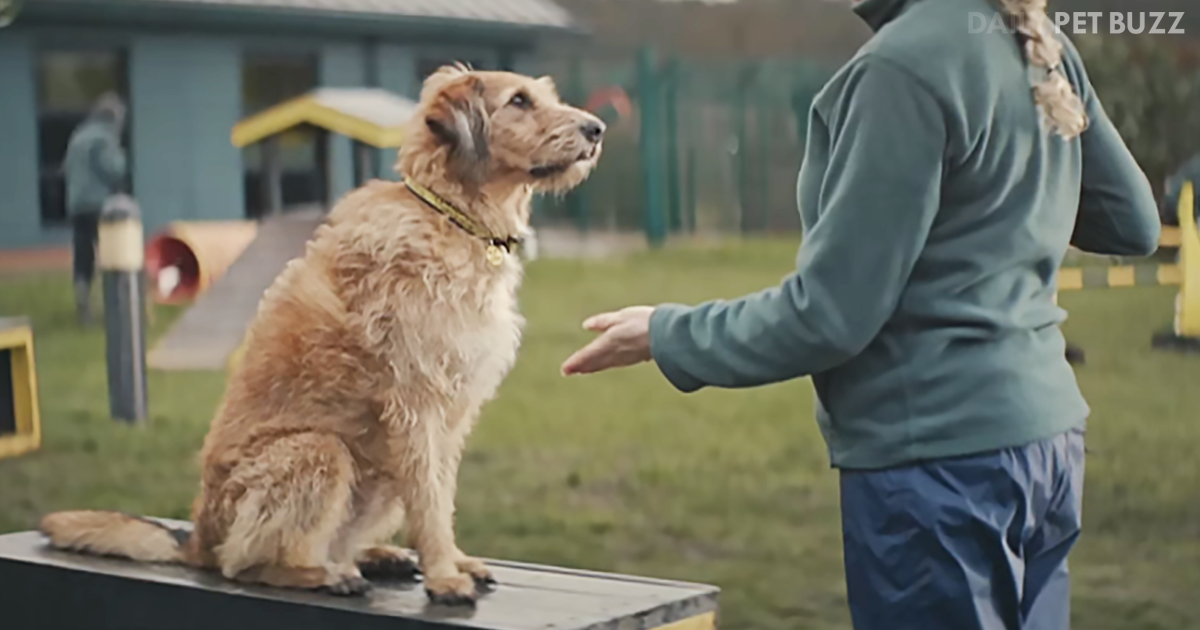 Animals, like humans, can become attached, almost to the point of being unreasonable. My cat has a toy that’s all tattered and disgusting-looking due to his constant playing with it. There’s no chance either my wife or I will throw it out since we have no desire to have our eyes clawed out if we did do something as dumb as that.

We see a video here, which is actually a commercial, show a dog’s devotion to a toy. We see a dog go through parts of a day, and in each part, there’s a doll that’s a bespectacled man with a sweater jacket. The man is smiling, and the dog is smitten with it. He takes it with him everywhere, from walks to bath time to a visit to the vet. The veterinarian even pretends to listen to the doll’s heartbeat with her stethoscope.

There’s obviously a reason why the dog is so attached to this toy – but why? The dog finally lays down to rest, and the doll is sitting there in front of him as he goes to sleep. It turns out that he’s in a shelter. The next day, a man comes in who bears a remarkable resemblance to the doll. It turns out that the dog has been looking forward to being adopted – perhaps the man had come in before and given the pooch hope that he would be taken to a new home – hence his carrying the doll.

It’s a very effective commercial that ends with another dog lying in the shelter. She’s about to go to sleep, and there’s a girl doll this time. A little girl probably visited her there, and she’s hoping that she will get taken home by this little one.

The commercial shows just how happy you can make a shelter dog by bringing them to a forever home. Hopefully, this raised a lot of awareness in the UK. I have to give kudos to the people who came up with this idea. It’s not overly schmaltzy or overwrought. Check out the video below.