Dogs are one of the most important animal species for humans all around the world. The gift of their friendship cannot be compared to anything in this planet, and many people have made tributes to our canine friends to honor them as they deserve. It’s now an old classic, but back in 1978, a man named Paul Harvey wrote and said a special speech titled ‘so God Made A Farmer’ that is now very famous for the appreciation of the people working in rural areas of America, who don’t always receive the attention or appreciation they deserve.

The following video shows a tribute to dogs that was written in the same way that the tribute to farmers that Paul Harvey wrote, and it’s frankly breath-taking.  In the clip, we hear the narrator say that dogs are the silent and loyal creatures that wait for their companion even when they’re all alone and they have nowhere else to go. He remarks on the strength and character that they use to fulfill duties alongside people, and also the tenderness and cuteness that they display with their young human friends. They’re those friends who never leave our side no matter what.

Better grab some tissues, ’cause this one is a tearful for sure. Watch above here! 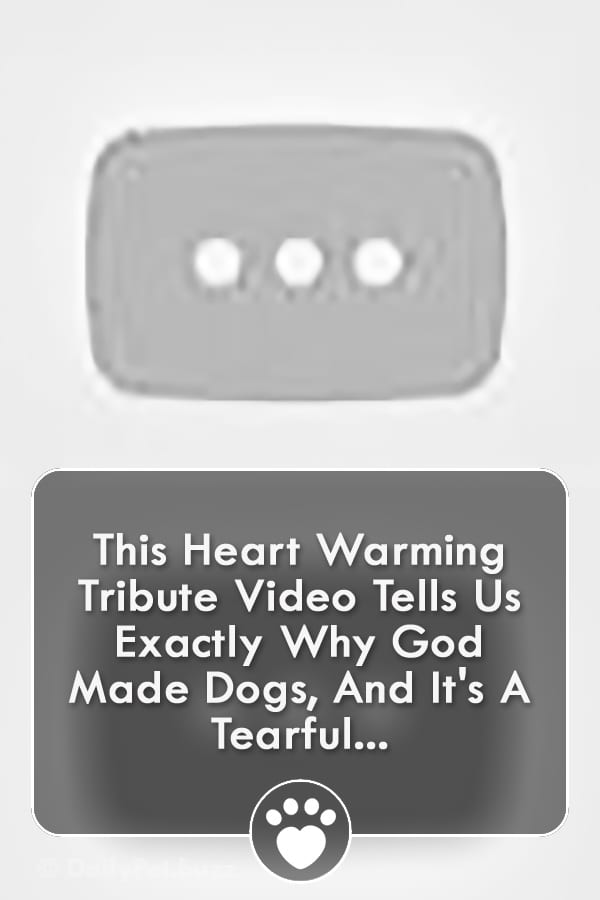