When we look at elephants, we see giant lumbering creatures that can be on the creative side ” we’ve seen videos of them playing music and painting. But an actual whimsical side? That one seems to be pretty rare. This video here changes that perception a lot ” I really enjoyed watching it ” and shows a side of pachyderms that we don’t get a glimpse of very often. It’s also the perfect summer video.

We see an elephant named Faa Sai who lives at the Elephant Nature Park, which is in Thailand. It’s evidently a hot day, and she’s broken a sprinkler, causing the water to come shooting up like a non-stop geyser. This was no accident. She wanted this to happen, and it’s making her the happiest pachyderm on the face of the Earth. This cooling water spray is going to keep her occupied – and cool, for a good amount of time.

Faa Sai is like a child. A multi-ton child, but a child nevertheless. She playing around the sprinkler in a way we did when we were children ” with complete gleeful abandon. She rolls around on the ground, lets it hit her full blast, lets it fall on her head – you name it. She knew what she was doing when she broke it. Of course, I imagine that it might be a little expensive to fix, so the people need to figure out how to ‘Faa Sai -proof’ the sprinklers –

Summer is not too far off here and this made me think of what fun times await. This video encapsulated what summer feels like in a short two-minutes. It reminded us of the times whne we would come home from such an event, soaked to the bone and wrapped in beach towels, with enormous grins on our faces. The same is coming soon. Though I hope we don’t have to share our sprinkler park with an elephant. Then it might become just a little less fun.

Didn’t this make you think of summer? Have you seen an elephant act like this? Tell us all about it in the comments section! Also, please ‘Like’ us on Pinterest. 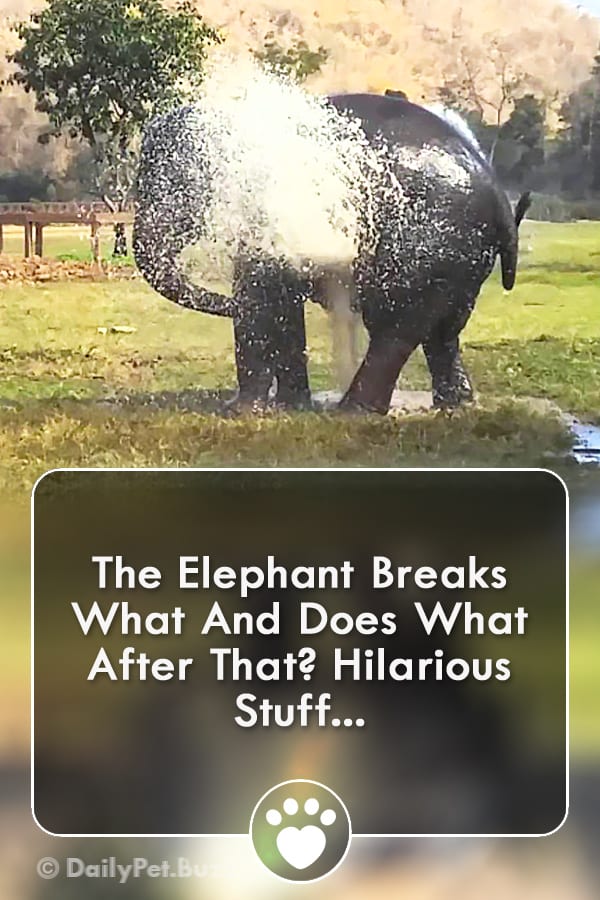