It is said that a dog is a man’s best friend. If you have any doubts about it, this video is going to give you some solid proof. When a man was walking his dog on a busy street in Guizhou, China, he unexpectedly collapsed while crossing the street. And soon, people started gathering by his side. But his tiny white dog would not let anyone come near him. He stood vigil as he protected his owner.

Without taking notice of his own safety, this little pooch guarded his owner with all his might, even though they were in the middle of traffic. Cars were going around them and a crowd gathered. Some people tried to investigate and find out what was wrong with the man or maybe even move him, but the dog wouldn’t let anyone touch him.

Even the police and paramedics had trouble getting near the unconscious man, but finally they got him into the ambulance. Before the ambulance left the scene and took away his owner, the dog paced around and tried to get to his owner’s side. He walked in circles and underneath the ambulance.

After watching the dog worry so much, the team allowed him up into the ambulance and he rode along with his sick owner. A bystander recorded the entire event and put it on the Internet, proving that dog’s really are man’s best friend.

Watch this heartwarming viral footage in the video above! Let us know if this dog touched your heart in the comments! 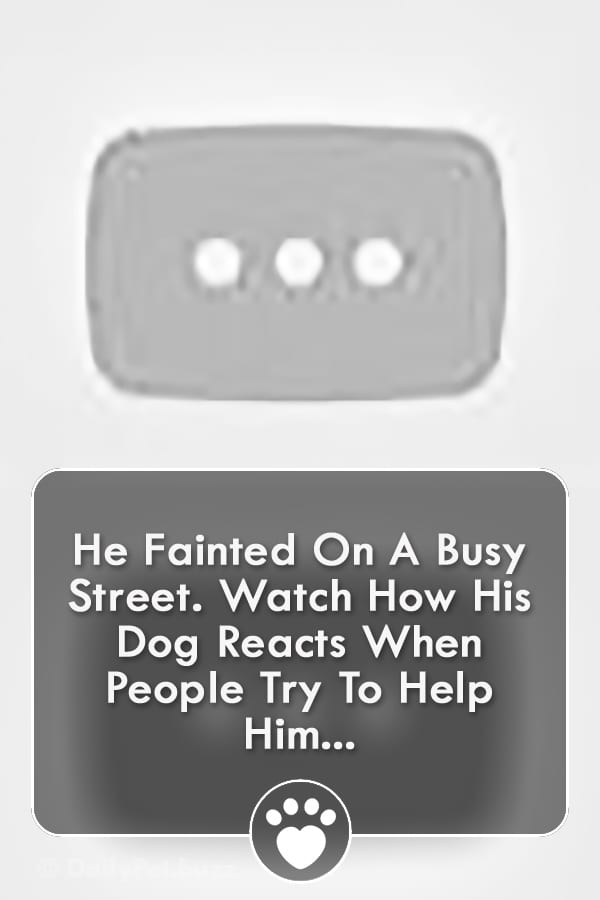