It was love at first sight between Sam and a rescue pup named Bentley. She adopted him on October 18, 2014, but Bentley’s canine brother, Brady, still needed a home and it was clear Bentley still worried about his brother even though he loved his new home.

Months passed and not only did Brady yearn for a forever family of his own, but he also desperately missed his brother. You see, Bentley and Brady were inseparable as puppies, and they spent their days cuddling, playing, and napping. They were as close as two brothers could be. Still, no one was coming to take Brady home. That’s when Sam’s sister decided to adopt him, and it just so happens that Sam and her sister live together.  That’s right! After four months of being apart, these two rescue dogs were not only reunited, but they were about to spend the rest of their lives living under the same roof! But first, they had to be reintroduced and reunited.

Would they remember one another? Would their childhood memories of time spent together come flooding back, or had too much time passed? Guess you have to watch this video to find out, but I think you can kind of guess what happens. But it is too joyous and too cute not to watch.

What did you think about this video? Let us know in the comments. We’d love to hear from you! Please share this well-deserved reunion on your Facebook page to possibly inspire others to adopt a pet. 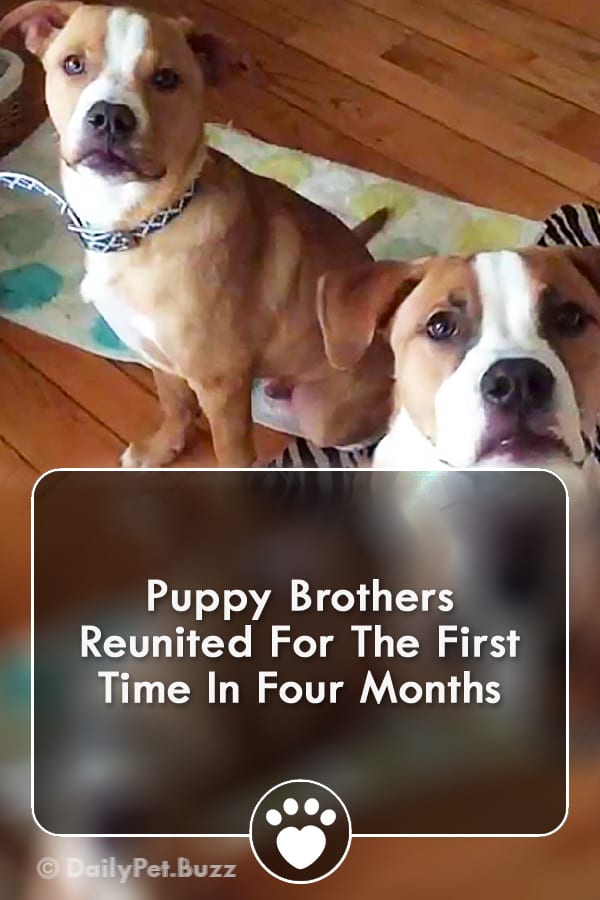