Keeping exotic animals as pets has been rising in popularity down the years ” so long as you keep it legal! People claim to own all kinds of creatures, from chameleons to tarantulas, monkeys to crocodiles ” and everything in between. And it doesn’t have to be exotic ” pigs and goats are becoming firm pet favourites too!

But this family from Texas has certainly gone one better ” and certainly one bigger, sharing their house with their beloved pet buffalo! This gentle giant freely wanders the home of Ron Bridges and his wife, and it’s utterly hilarious to watch in the video above! This enormous behemoth of an animal lumbering through doors inside the family home will have you in stitches, but the story hasn’t always been a happy one.

Ron once owned 52 buffalo, but unfortunately had to sell the entire herd after an accident robbed him of his left eye. In order to pay for the operation, Ron had to part with all his beasts, giving up his livelihood in the process. He sold them all except one. And that one they have lovingly named ‘Wild Thing!’

Wild Thing is freely allowed to eat at the family table, shuffle through the house and come and go as he pleases ” just like the families other two pets ” a pair of domesticated wolves. Ron has become affectionately known as ‘the buffalo whisperer’ in the local community ” and he might well be, as he openly admits he spends more time with Wild Thing than he does his own wife!

Wild Thing was originally intended to be for Ron’s boy to train, but like most children when you get them a pet ” it was too much work, so Ron himself had to raise the beast. And raise him he did, lovingly doting on the giant animal and giving it as much care and attention as you would any family pet – including giving him a good shampoo every now and then! They even have a photo album of Wild Thing when he was just a tiny calf!

Ron’s background in horse training and living on nine different ranches has given him the skills to train Wild Thing into the happy family member he is today. “The people that don’t know me think I’m crazy, and the people that do know me know I’m crazy!” jokes Ron. Make your own mind up as you watch the video above and see this remarkable story. 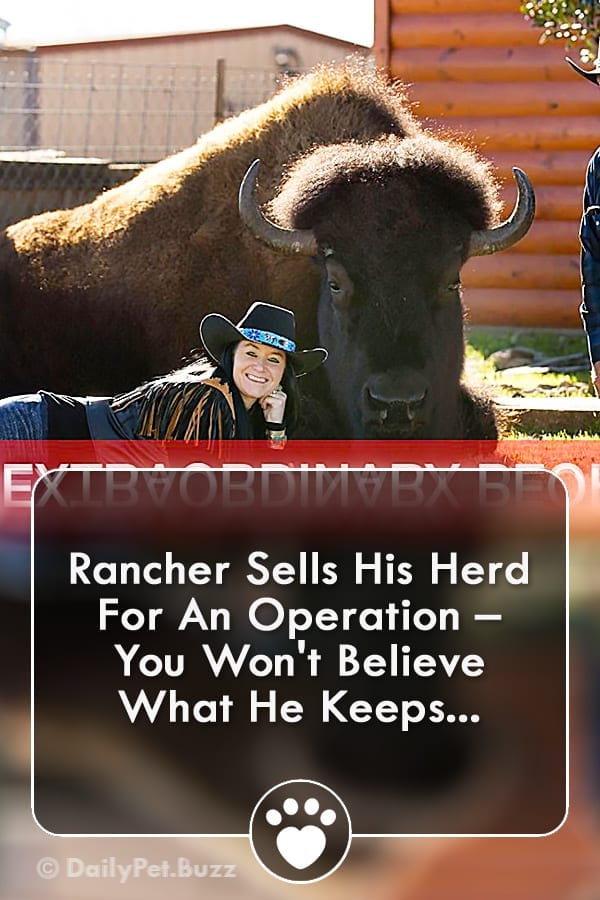