Augusto de Oliveira has been able to train a large pack of German Shepherd dogs to trail him and follow him. At only the young age of 23, he has been a huge internet sensation as the ‘Dog Whisperer.’ Wherever he goes, he makes people turn their heads.

Augusto lives in Hyannis, USA but he grew up in a farm in Brazil surrounded by dogs. He walks around with big unleashed dogs that do whatever he asks of them. He is the owner of Griffin Shepherd Kennels and he lives with, eats with, and sleeps with his dogs. He is the leader of the pack, and they know it.

In this clip, he’s taking them to Boston to show how well behaved they are off leash in a big city environment. He’s never done this before. He first walks all six in their designated order with a leash, and then one by one, he lets them off leash, and they stay right with him, in order. They are a big hit in the streets of Boston.

Lots of people stop to admire the dogs and even take pictures. It’s a pretty amazing thing to see. His landlady was also interviewed and says she thinks Augusto has a gift. During her interview, one of the German Shepherds is sitting in her lap. LOL! It’s so cute.

Watch this amusing video above! Aren’t you amazed at how well behaved these dogs are? Leave a comment below and let us know what you think! 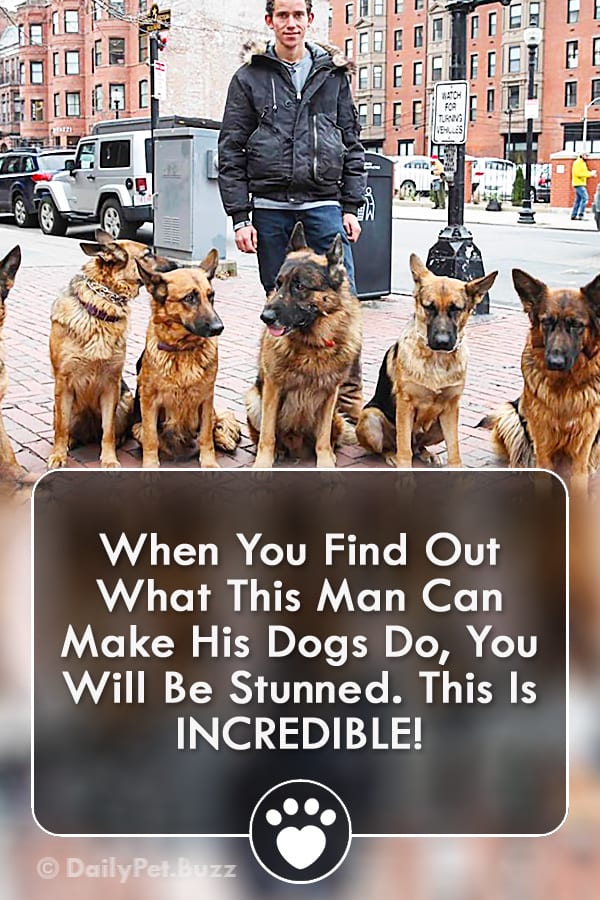