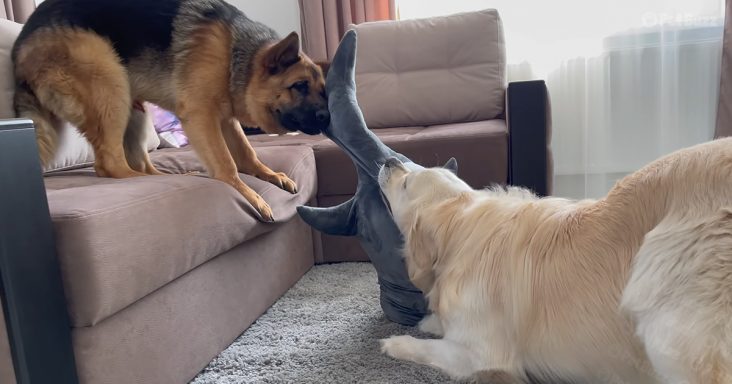 Rocky, the German Shepherd, was a cute little puppy when he was introduced to his new family. His big brother was a Golden Retriever named Bailey. When they met for the first time, Bailey was very excited.

Bailey sniffed Rocky and couldn’t contain his happiness. Rocky was a bit shy, but it wasn’t long before they started playing together. It turned out Rocky loved to be quite mischievous.

Time flew by, and Rocky grew fast. They loved to cuddle and hang out on the couch, and Bailey adored his annoying younger brother. Both of them constantly nibbled at each other’s ears.

Eventually, Rocky became around the same size as Bailey, if not slightly larger. Even though he was large, they still played and cuddled the exact same way as they did when Rocky was a puppy.

When they got tired from playing, they would calm down and take naps together. But the peace and quiet didn’t last long, and they would go back to being rowdy brothers.

The two of them were inseparable. What they often fought about was who could get pets from their human friend. When they weren’t fighting about that, they fought over toys.

They had a tug-of-war with a toy shark, and there wasn’t a clear winner in that match. No matter where Bailey goes, his young brother Rocky is always there to bother him. 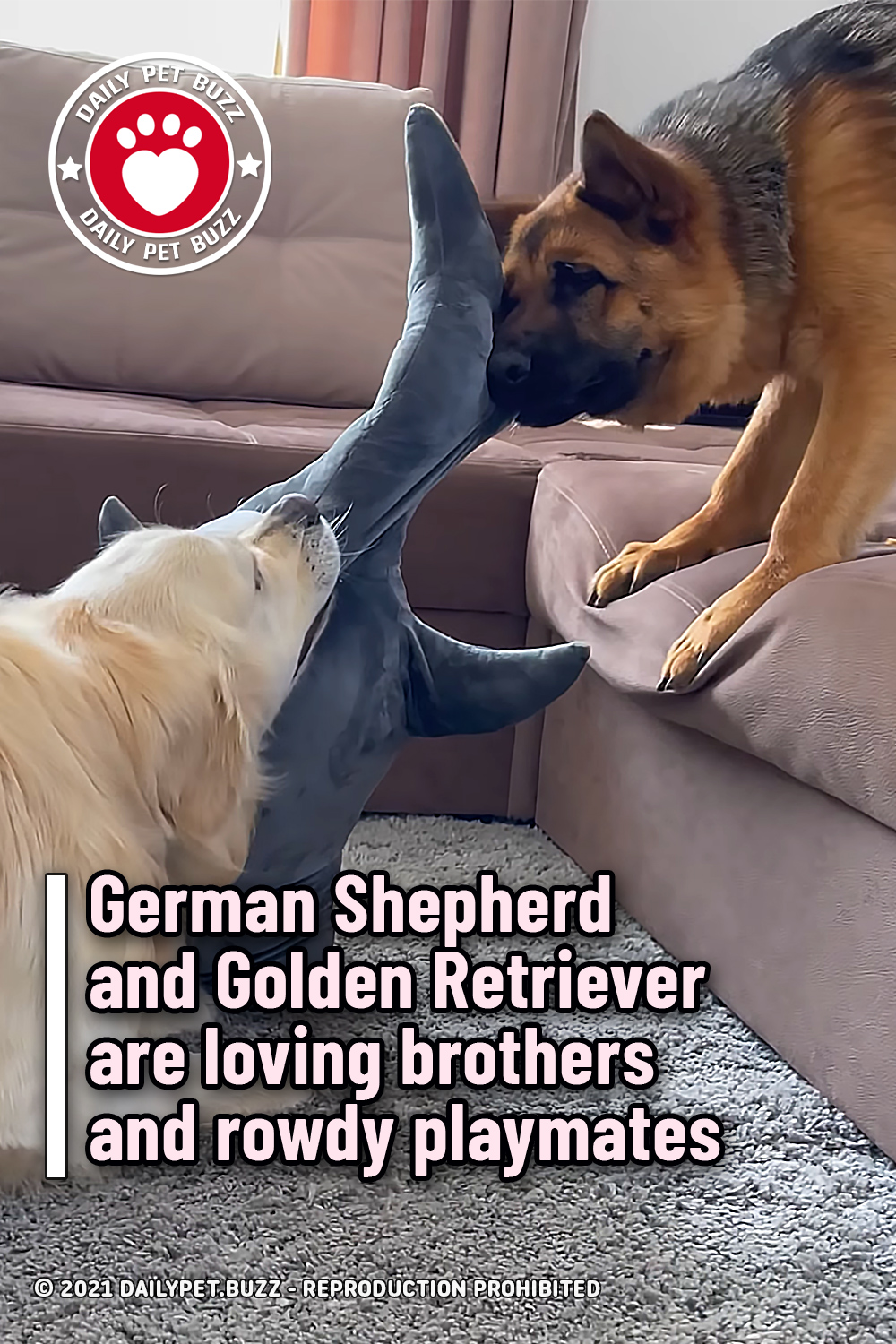