There are so many cute baby animals out there that it’s hard to pick a favorite. Baby chicks are up there, though. Definitely Top Five. Puppies and kittens are also on the list. But baby chicks. Oh, man. There’s just something about watching those walking tennis balls that grabs my attention. I want to hold one in my hand and just pet them for a long time while hearing it peep. Alas, this video has to be one of my only ways to watch them.

We see Bailey, a Golden Retriever with wolf blood in her. What would that make her? A Goyote? Nah. Anyways, she’s tending to some chicks on her porch and it’s obvious that she’s having a lot of fun hanging around them. They are so adorable, looking little fuzzy tennis balls with wings. They walk around trying to get her attention. It looks like a fun lazy day activity for all involved. It made me wish I was there.

The video fooled me at first. When Bailey is lying on the ground on her back. It just seems like there are two chicks nearby. Where are the others? Are they milling around elsewhere? Then she rolls over to her right. To quote Neo in ‘The Matrix’ : ‘Whoa – ‘ There are eight chicks that are basically hiding in her shadow. It’s a good thing that she didn’t roll to her left, otherwise we would have an entirely different video.

There’s an interesting story ” apparently, the chicks were orphaned because a coyote chased off their mother. Now there’s an image for you: A coyote chasing a screaming chicken around a yard. So Bailey took in the chickens and is doing more than a fine job of helping to raise them. Watching them all bunch up around her at the end shows that they adore her. I just hope they don’t expect her to lay any eggs –

Wasn’t this so much fun to watch? I couldn’t get enough of these chicks. We’d love to hear your thoughts on this video in the comments section. Also, feel free to ‘Like’ us on Pinterest. 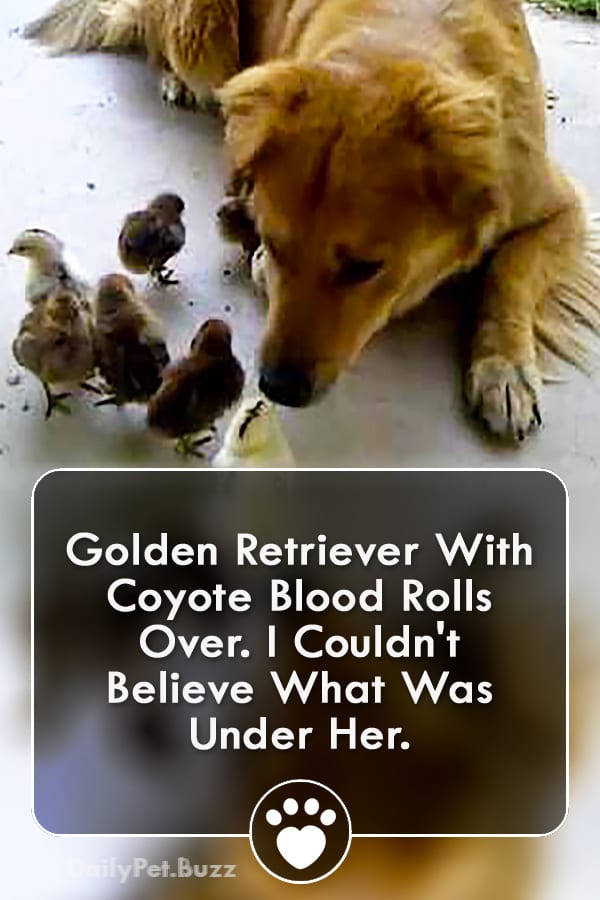