Srinivas Konda has compiled some statistics that are bound to raise a few eyebrows. In the United States, there are only 500,000 prison guards to supervise 2 million prisoners. Prison guards are clearly operating with their numbers in red as far as being outnumbered. Inmates know this and it’s not rare to see outbreaks in prisons where violence and rioting run loose.

Konda says that of all U.S. workers, correctional officers have one of the highest rates of nonfatal, work-related injuries. And that doesn’t mean they have been falling or lifting heavy objects. These injuries are related with the handling of the prisoners. And that’s not even counting the amount of stress they work under. Imagine being at a job where you can literally be assaulted several times in a day.

In the morning of September 14th, 2012, one female Kent County guard is the victim of a brutal attack by one of the inmates. She is being assaulted when she notices something that can potentially make things much worse. The remaining cell doors start opening. She was assaulted almost at the end of her shift. She had been in charge of the night shift.

One of the inmates named Willie Williams was asking for toilet paper. She had used the prison’s security system to release him temporarily so he could go and get some. After he gets the toilet paper, she hears his door shut and lock. She assumes that he is back in his cell, so she goes back to her duties. Unfortunately, the inmate had not returned to his cell and was hiding behind a pillar. As soon as she is within an arm’s reach, he jumps her and starts beating her.

The inmate continues beating the guard. He knocks her radio from her hand. During the struggle, he presses the right combination of buttons to open the other cells. The other prisoners get out of their cells and begin to approach her. She now knows that she will probably end up losing her life. To her surprise, about 6 or 7 inmates, led by Antonio Duane Brown, come to her rescue. They physically take control of the situation and end up saving her life.

Antonio had been sentenced a few hours earlier to a minimum of 18 months for fleeing and eluding a police officer. The sentencing judge finds out of his heroic rescue and calls him back for what many people would consider an ‘unprecedented’ moment. What the judge tells him leaves everyone stunned. 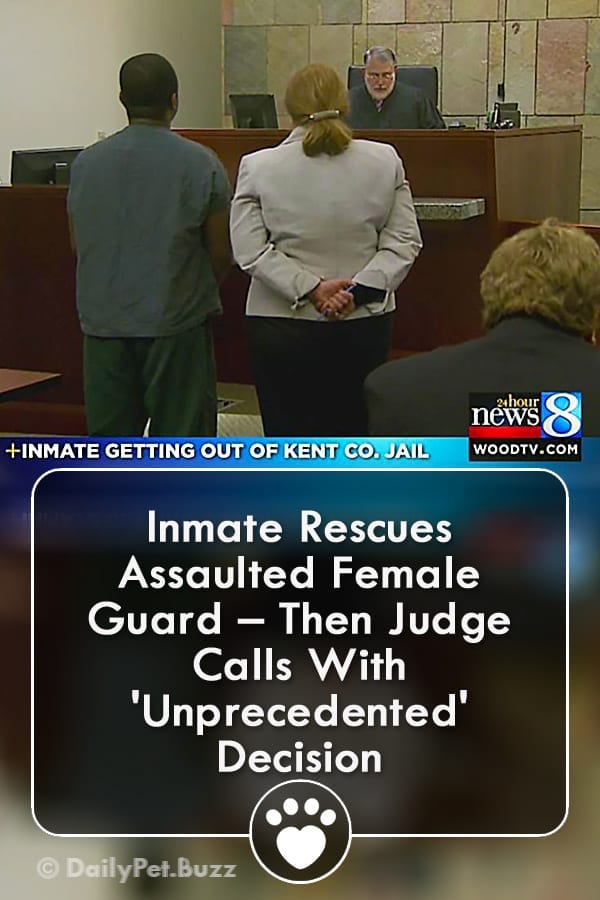