Hope For Paws is a non-profit animal rescue organization that works hard day and night for the welfare of animals that are suffering on the streets. They are one of the most devoted rescue organizations you’ll ever find. This video is a story about a dog named Nala who used to live as a stray in a ditch near downtown LA.

Nala is a pit bull who was previously named Blu. She is thought to have been abused by a man, as she whimpers and runs away whenever she hears a man’s voice. She was scared and helpless, a trait supposedly believed to be ‘nonexistent’ in pit bulls. You can see that fear was clearly visible in the poor girl’s eyes. But when I saw how these rescuers gained her trust, I was in tears. This is beautiful!

She was fearful of Eldad at first, and curled herself up into an even tighter ball as he gave her a pat on the head. But I knew she would soon learn to trust him. He had help from two female friends to rescue Nala from the ditch she was living in. Nala looks healthy and is such a beautiful dog, but the look in her eyes is heartbreaking.

Pretty soon, she is eating out of Eldad’s hand. Literally. When he hugs her, I just couldn’t help but cry for her. But she is in good hands now. She loves kids and other dogs, and got over her fear of men. Her foster dad loved her so much, he decided to keep her forever.

Watch this amazing dog in the video above! What do you think about this rescue? Let us know in the comments! 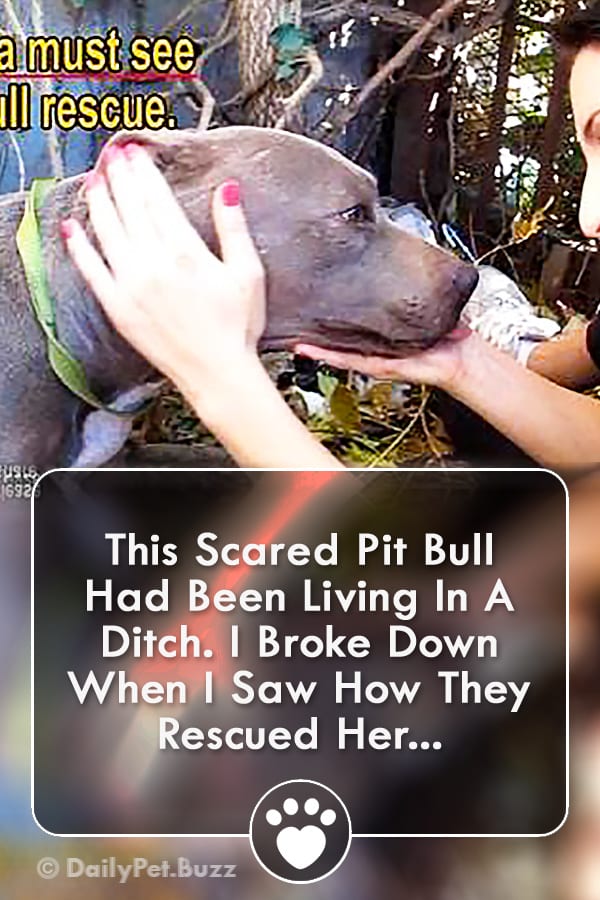