One type of video that never ceases to melt my heart is where we see different animal species getting along with each other. There’s just something hopeful about it, that no matter how crazy the world gets, we can always find a way to get along with each other. If cats, dogs, and mice can sometimes co-exist, then all these different warring factions of humanity can do the same thing. I know it seems a little bit pie-in-the-sky, but this video here can show something like this happening .

We see a Golden Retriever named Elsie. She looks like she’s on the older side, a little graying on her muzzle and her eyes look somewhat wrinkled. There’s a Peanuts bandanna wrapped around her neck. She’s in a living room/play area and there are several kittens in the room with her. All of them are treating her like she’s an alien that has just landed on their planet. It’s possible that none of them have seen a dog before.

Elsie is the calmest canine I’ve ever seen. She’s just lying there on the floor like, ‘OK. Sniffing my nose again. Got it. Smell away. I’m not going anywhere. They do this for a couple of minutes, even going as far as smelling her paws, too. Then the credits roll. I have to say that this was an adorable video about a whole lot of nothing. Then again, ‘seinfeld’ managed to stay on the air for nine seasons –

The thing that made the video was Elsie. The kittens were so cute, but their relentless curiosity and her preternatural calm was the perfect pairing. If she had been rambunctious and running around barking – Who am I kidding? That would have been just as cute. Either way, we got to chill and watch her rest while the cats are constantly, but respectfully, investigating her. I felt serene watching the whole thing.

How about you? Did you find a kind of peace viewing this? Tell us your opinions in the comments section below! 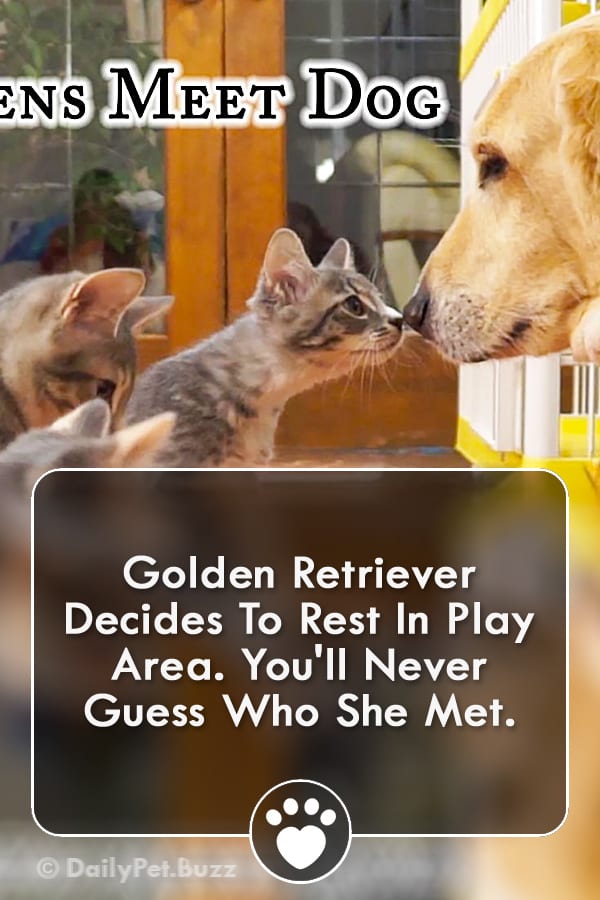