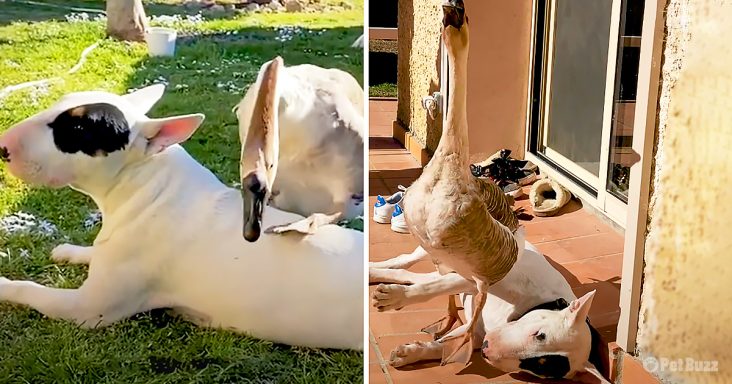 The owner was not sure if her bull terrier Nino and the goose would get along. However, in a few minutes, the young goose started to follow Nino. On the other hand, Nino accepted her as his own and acted like a big brother to the goose.

He was always there with the young goose and made sure that she was safe. The owner named the goose Rillette and built a house especially for her in the open yard. Rillette loved her new home. Nino would also join Rillette outside her wooden enclosure. Rillette would make cute sounds as if she was talking to Nino, and he would wag his tail in response. 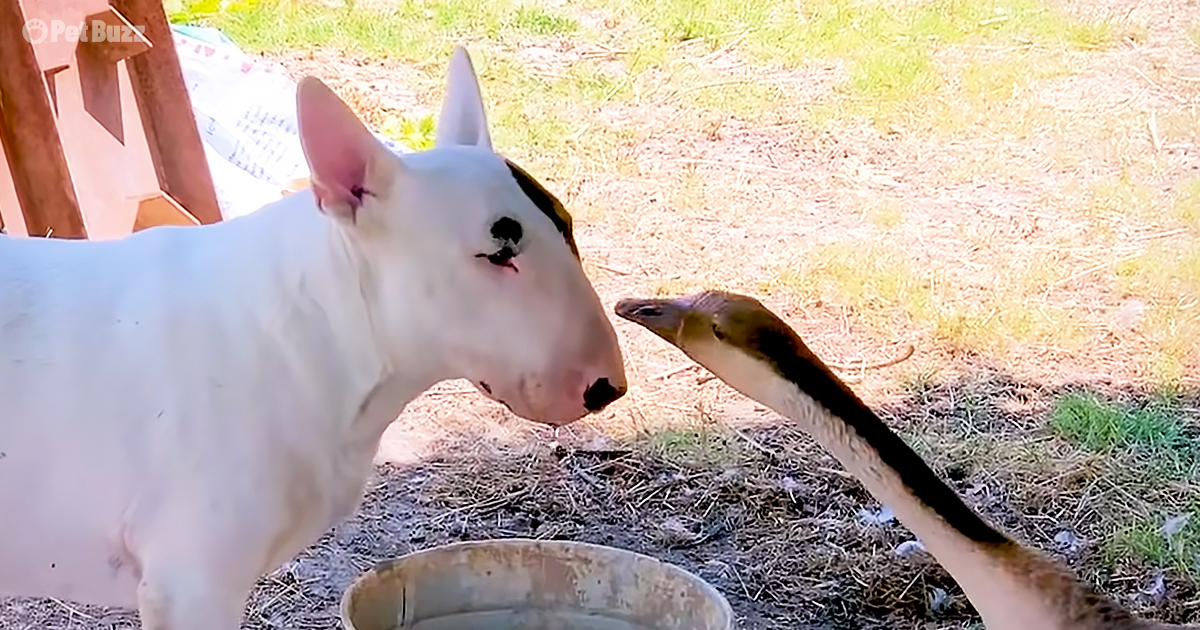 Nino is a good dog, but the owner never found him to be so gentle and delicate with anyone. Rillette was precious to Nino. They were the perfect companions and loved to be together.

Both Nino and Rillette have now grown up and still love to do things together. The owner is woken up by Nino every morning so that he can go outside to meet Rillette.

As soon as the owner opens the door to Rillette’s little house door, Nino gets super excited and is in a playful mood. He starts to chase Rillette, and she does the same. This continues for multiple hours until Nino gives up and wants to relax.

Nino then takes a nap, but Rillette is not done teasing him. She continues to walk over him again and again and tease him. The whole situation is so hilarious. The other thing that Rillette does is pinch kiss Nino, and he totally loves her for that. The owner is so happy to see their friendship grow. Nino and Rillette look up to each other when they need support and companionship. 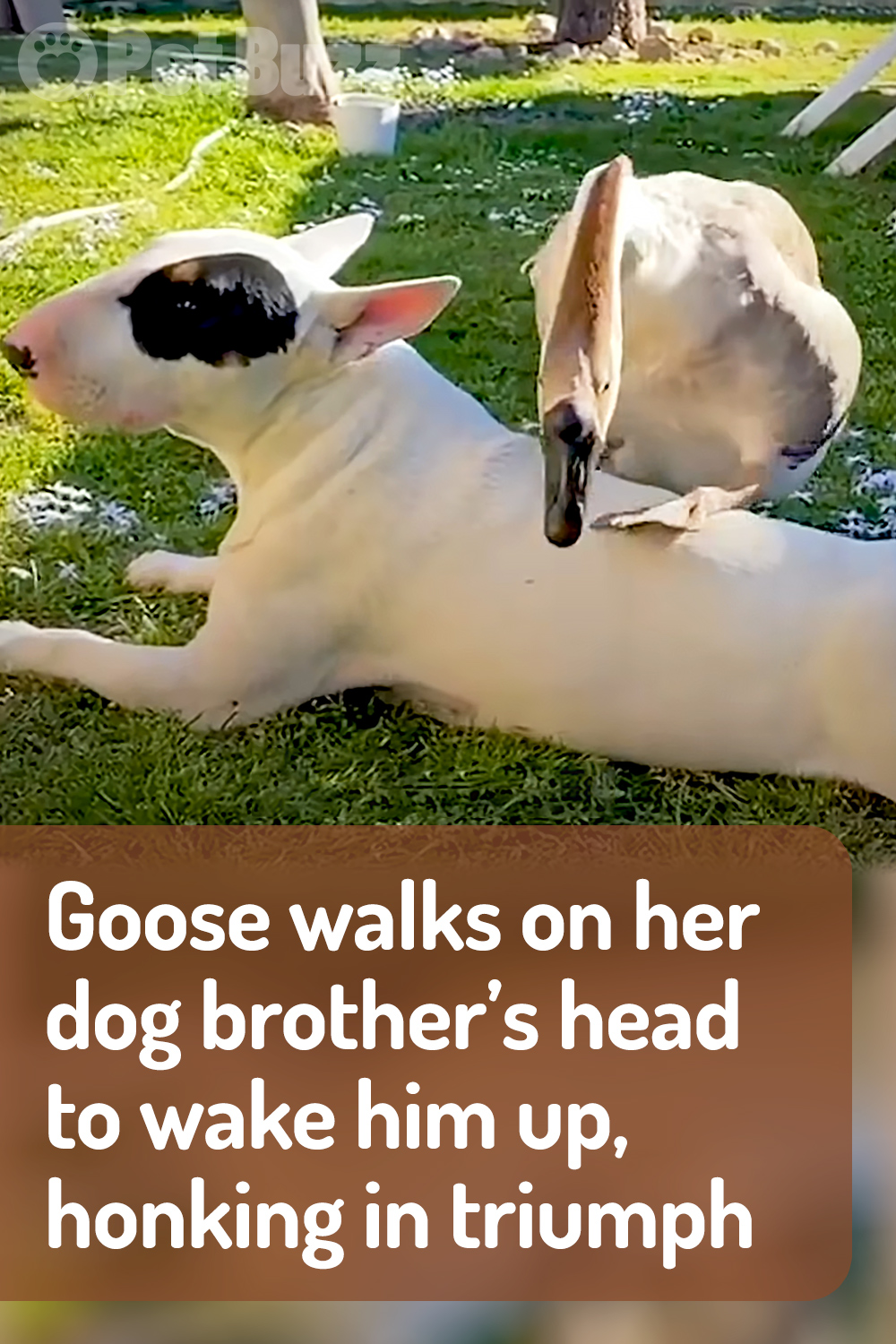