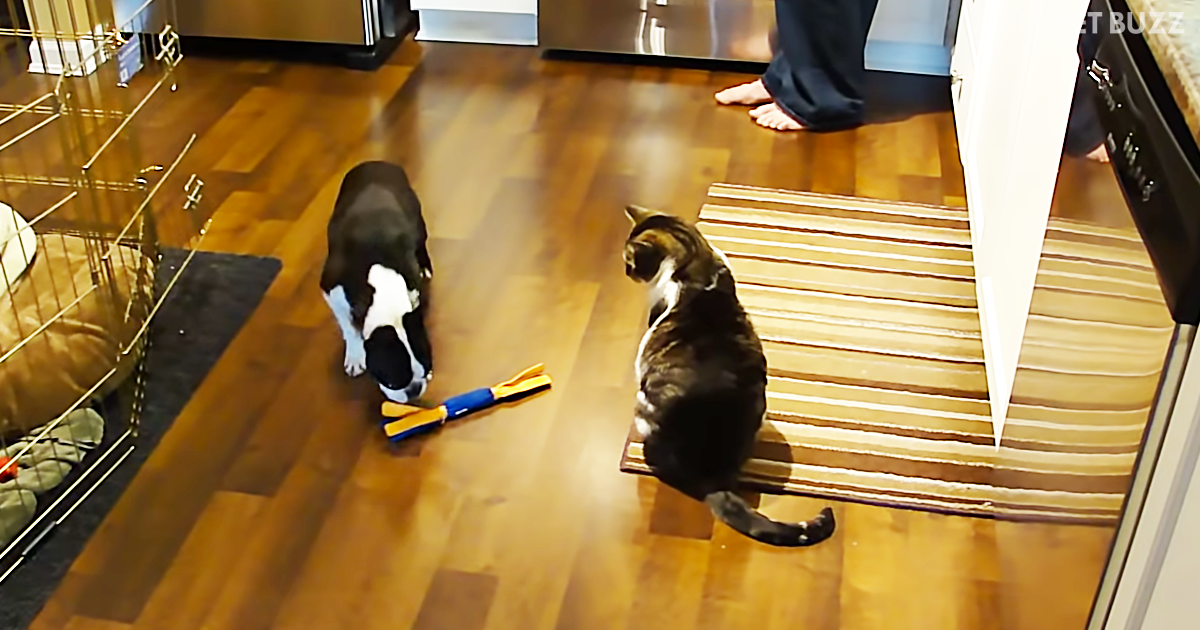 Thai, the Boston Terrier, couldn’t have been more excited when Mom bought him a new chew toy. But when the cat unexpectedly snatched it, the poor dog wasn’t sure what to do.

Thai quickly learns an important lesson and that cats can be jerks to their doggie pals, and they’ll try to get away with anything, like this cat who keeps stealing the puppy’s toy. In the video, Thai tries to reclaim what is rightfully his but is forced to embark on an epic quest to get the toy back from the greedy cat.

‘Our cat stole the dog’s toy and won’t give it back. Poor Thai. He just couldn’t figure out how to get it back,’ their owner wrote on YouTube. Although this video is from 2010, it’s recently gone viral. This cat and dog’s relationship parallels a classic sibling rivalry, and it’s hilarious.

At first, the playful cat sits the toy down, giving the pup plenty of time to take it back. The dog is extra cautious and has the most priceless reaction every time he tries to pick it up. You can decide who is more clever after you watch this clip. Will Thai succeed in getting his toy back? You’ll have to watch to find out. I’m not going to spoil it by telling.