Spending any time apart from their mommies or daddies is brutal for a dog. Especially since they don’t really understand the passage of time. A day can seem like a year to them – which is why they often greet you with near-delirious joy after you come home from work each day. Imagine that time as being long – say – a year. This is what dogs with mommies or daddies who serve in the military face. That’s why their reunion videos are often so emotional. Like this one here.

I have to say that the best part of the video is the very beginning when we see a boxer named Chuck sitting in the storage area of a truck. His mommy says, ‘Daddy’s home – ‘ and he bolts from that truck so fast to run up to his daddy. This is one excited dog. His tail is whipping around very quickly and he can’t contain his glee, expressing it in jumps, rubs, and licks. He even inadvertently knocks off his dad’s sunglasses, which were perched atop his head.

This video was shot in 2012. Sadly, Chuck probably hads to go through this again after his daddy went back overseas ” unless his enlistment ended after that tour. The video description doesn’t elaborate, and I combed the YouTube comments ” a risky endeavor ” to see whether there were any further updates. Hopefully, they got to have a lot more happy times like this in between deployments.

Forget, a year is a long time for a dog, especially those who only live to be 10 or so. That’s 10% of that dog’s life. So, his reaction is understandable. That soldier was in danger of getting injured by his overenthusiastic pooch. ‘How’d you get hurt during your time off?’ ‘Boxer.’ ‘You fought to make money on the side while you were home?’ ‘No, my dog’s a boxer. He headbutted me because he was so happy to see me.’ ‘I have no words, soldier. ‘

Have you had a reunion like this with your dog? We love hearing heartwarming stories, so please head to the comments section and tell us all about it! 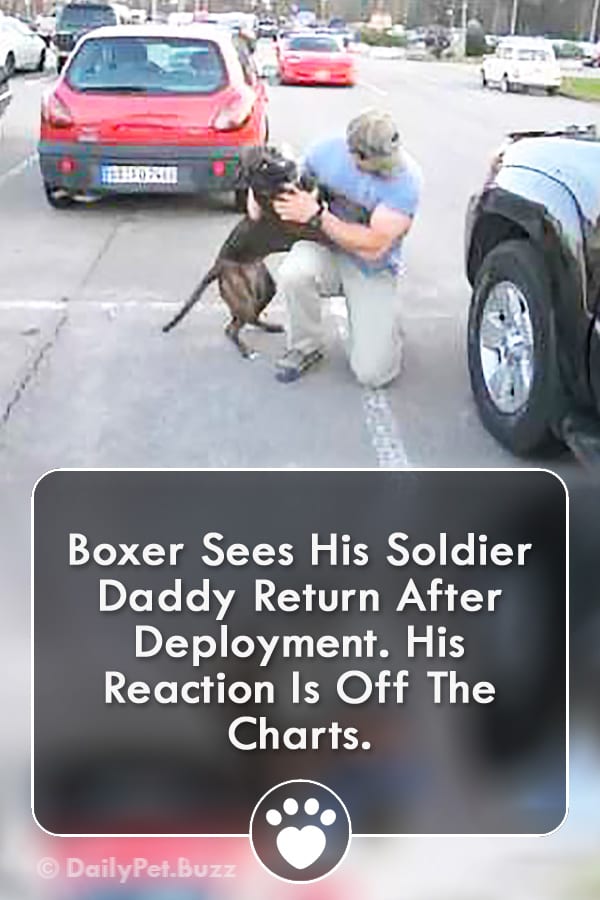