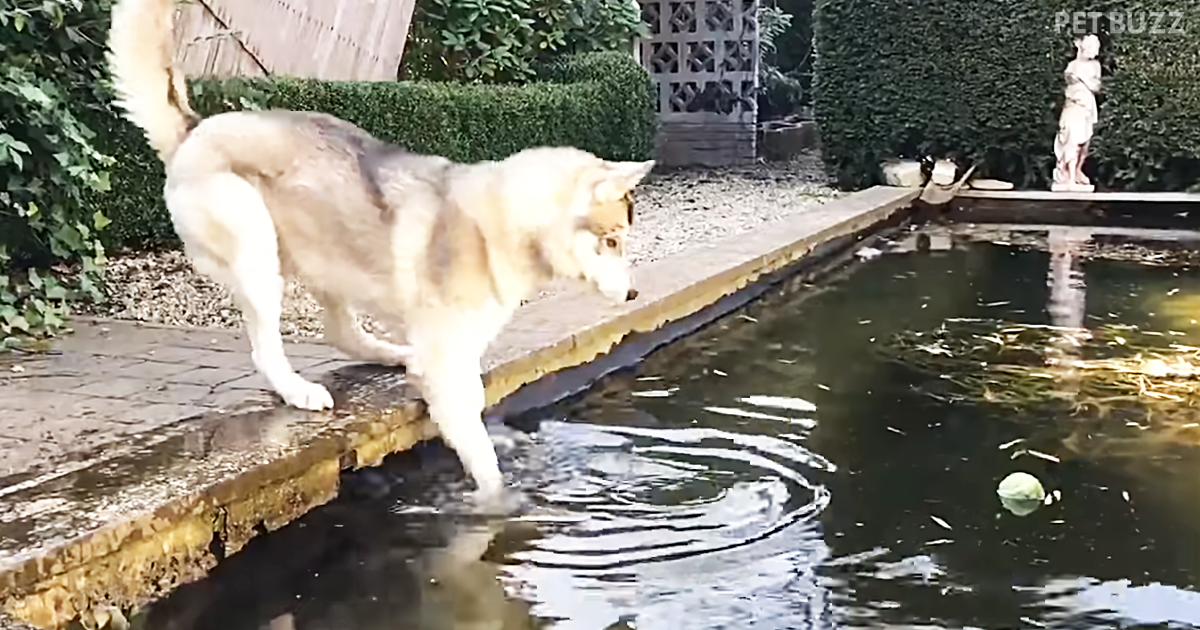 There are so many times that there are things that we want that are literally JUST out of our reach. I’m not talking about a professional or financial goal. This is about a physical, tangible object that is SO close that you can almost taste it. An example: I saw a box of cat food that was on sale. It was the last one, and it was ALL the way back on the top shelf. I literally had to step on another shelf and scrabble around to get it. Hey, I saved three bucks on that thing – no judging.

The dog in this video can relate. We see a Husky by a small rectangular pool that’s maybe five feet across at the end and 10 feet or so long. There’s a tennis ball floating in the water, and this doggie is determined to get it. He’s going to have to get his paws wet though; the ball is just a little bit too far in the water for him to be able just to get it. That ball is almost smack in the middle of the pool.

This is a puzzle for the dog. It’s similar to bobbing for apples, but he’s able to use his paws and lean forward to get the ball. At first, the ball floats a little bit too far on one side of the pool, so he runs over to the other side and attempts to get it from there. No dice. It’s back to the other side of the pool – and after stretching his neck out a little further than he did the previous time, he winds up with the ball successfully in his mouth.

I was surprised that the dog didn’t then immediately spit out the ball – the water looked a little brackish and gross. Maybe he did that a few seconds later after the camera was turned off. Perhaps he was feeling the euphoria after being so clever in figuring out how to get the ball back. Either way, enjoy watching this sweet dog show some serious dedication in getting his ball out in the video below. 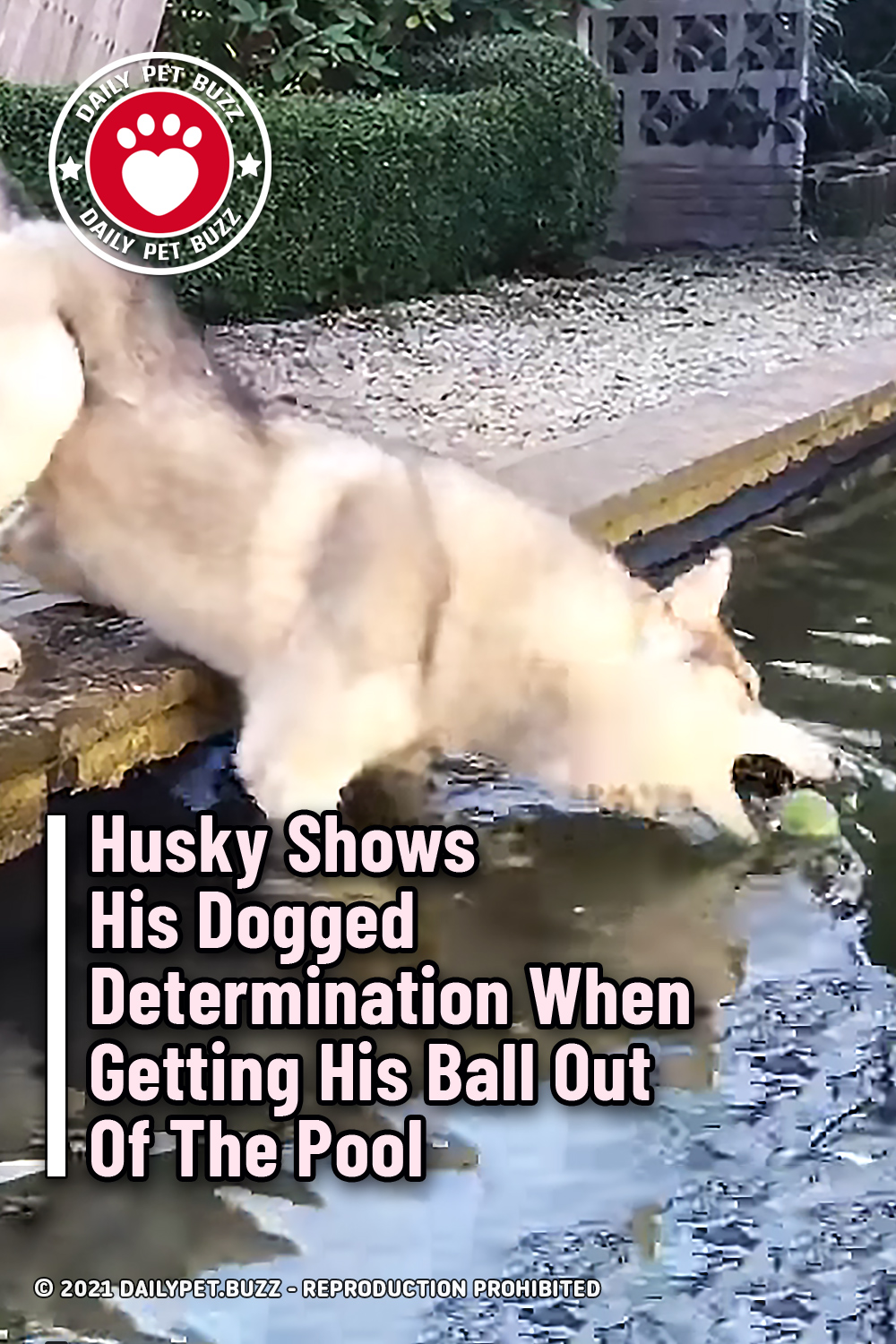