Ah, Australia! Some of the wildlife in “the land down under” is really cute and loved by people all over the world. Kangaroos, koala bears, and the utterly bizarre platypus are among the continent’s iconic creatures. But Australia is also known for its dangerous wildlife: terrifying insects and venomous snakes are high on its list of nightmare fuel.

One Australian family was enjoying a picnic lunch at a park in Melbourne. The meat was on the barbie and everyone was having a great time. And then an uninvited guest turned up: a hawk!

There are many species of hawk and they’re found just about everywhere on the planet. Hawks are among nature’s greatest hunters. They have supremely acute vision and can even see some ultraviolet light. Among the most intelligent of birds, hawks are experts at spotting their next meal and figuring out how to catch it. When they swoop in from high altitudes at incredible speeds, their prey doesn’t even know what hit it. Hawks will eat pretty much anything they can catch: lizards, snakes, insects, and small game like rabbits and mice. They can even pluck fish right out of the water.

As the picnickers looked on, a beautiful hawk circled nearby. They broke out their cameras and started filming. We’ve posted the video above! After completing a couple circles, the hawk spots its lunch: not one of the hot dogs cooking on the grill, but a snake hidden in some nearby weeds. With no warning, the hawk swoops down and grabs the snake in its talons. But then something hilarious happened! Maybe it didn’t mean to, but the hawk gave the picnicking family the supply drop of your nightmares. Well, at least it was the snake’s lucky day!

Did you cringe or laugh? Let everyone know in the comments at Facebook. Be sure to like and share: maybe your friends will be a little more vigilant next time they go on a picnic! 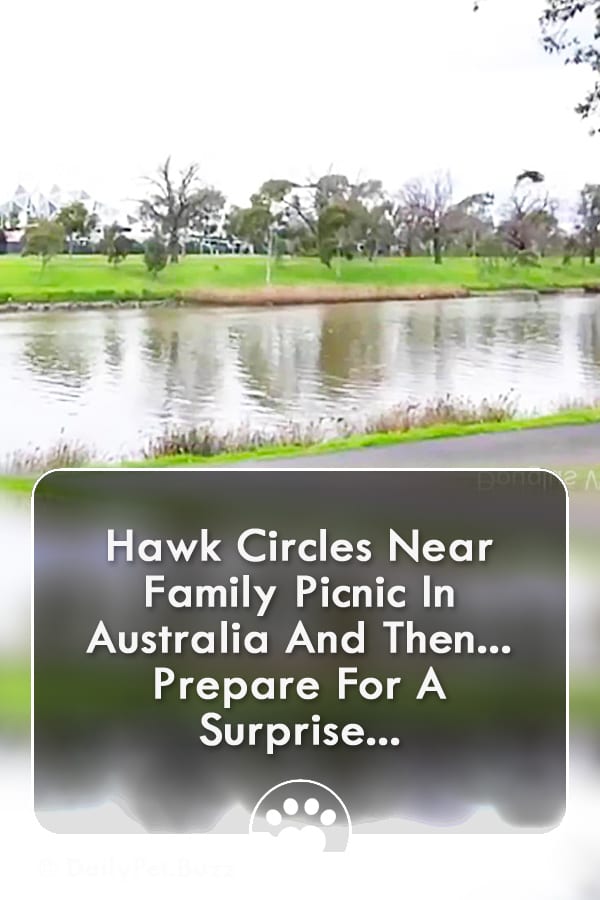