Joshua was a military veteran who was having trouble adjusting to civilian life. He felt out of place and extremely isolated. He sometimes slept in a closet because he felt secure in a confined space. His dogs Panda and Mama didn’t judge him for this or anything else. Their love and loyalty did a lot for him. Circumstances forced him to move from Louisiana to California and, unfortunately, he wasn’t able to bring his dogs with him. It was heartbreaking. “It’s about two months that I’ve been away from my dogs now and it’s terrible. Like, every day I wake up without them snuggled up under my blanket, it’s a strange day. Every day I don’t have to walk a dog, it’s a wrong day.”

When Tia and Mariah heard about his story, they volunteered to drive the dogs all the way to California for him. Animal Planet picked up on the story and they were there to record the reunion when Joshua and Tia met up. We’ve posted the video above for you.

In their dad’s absence, Panda and Mama had hardly been eating. You can see how skinny they’ve gotten. Joshua was looking forward to having his dogs back, but he had some butterflies in his stomach: “I was a little nervous they weren’t going to remember me. I’m sure everybody who has had to walk away from their dogs is probably terrified about that. They’re my dogs. They’re my pack. They’re my family.”

Once Panda and Mama saw Joshua, their tails started wagging and soon they were jumping all over him and giving doggie kisses. They could not have been happier to have their human dad back! As Mariah said, “You can’t break that bond that someone has with their dog. And it’s only between them. It’s like a mother and their child. You can’t break that bond.” As for Joshua, he simply said, “I feel complete. I really do. I feel like a person again.” 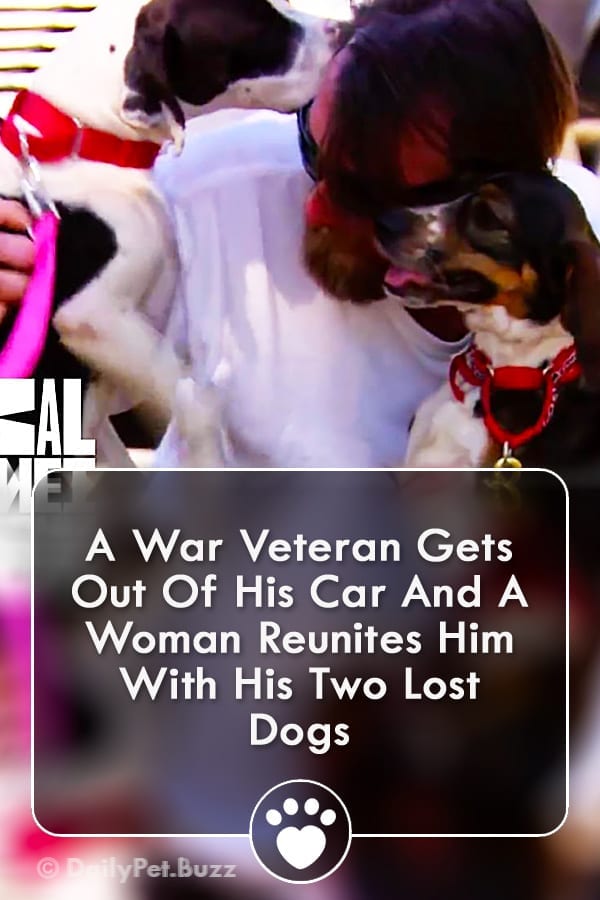