We’ve all had our missteps when it comes to trying something for the first time. I fell flat on my face during my initial attempts at walking, I’m sure. My first at-bat in baseball didn’t go well at all ” I struck out on three pitches. That’s still a common occurrence for me, but that’s neither here nor there. At least we tried. Let’s keep that in mind when we watch this video of a husky pup trying to howl for the first time.

His mommy is holding him next to her ” he’s so tiny. I love seeing these dogs before they grow to their much larger sizes. This pooch feels like he’s going to let loose with his first howl ” he’s got that sense in his bones. Everyone there is ready – he throws his head back and lets out.. a sound that is definitely not a howl. OK, maybe he had something caught in his throat. Let’s try again. Nope – . It’s more of a trilling sound than anything. It’s adorable, but it’s not a howl, that’s for sure.

The pup has so much spirit – it’s just that the sounds that he’s making aren’t quite what people expect to hear from this breed. Yes, it’s true that huskies can make a lot of vocal sounds ” just watch videos of Mishka the Husky for proof of that. Well, he’s got plenty of time to practice. It’s not like he has to go to school and take a bunch of different classes. No, he’s going to get this and this will all be a distant memory.

This video was uploaded in October 2014, so this Husky is older now. They probably show him this now and say, ‘Remember when you couldn’t howl?’ and he throws his head back and lets out a throaty howl as if to say, ‘Geez! I was a puppy! What do you want from me? I was just learning!’ Then again, if he can’t howl now, then there might be another video in the works – . I hope he learned how to do it.

Wasn’t this puppy too cute for words? I wanted to reach in and hold him myself. Then again, that’s pretty much my reaction every time I see a pup. How about you? What did you think? Tell us in the comments section! Also, please ‘Like’ us on Pinterest! 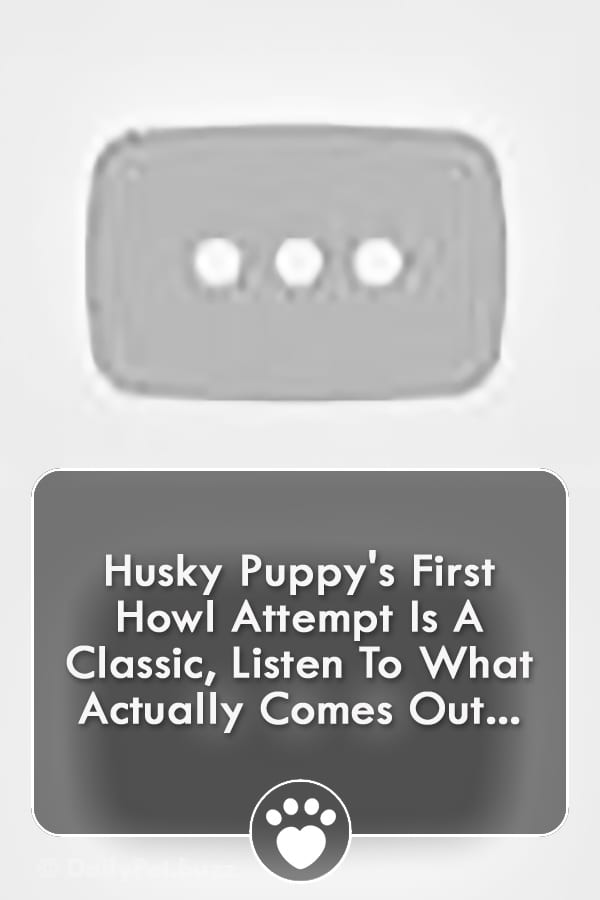