As you know, dog videos are capable of bringing a smile to anyone’s lips no matter how they’re feeling that day. So when I was told that we had a video of a dancing dog, I couldn’t wait until I could press play.

In this Russian video, one red-haired dancer takes the floor with her large furry pooch in order to perform a choreographed dance unlike anything I’ve ever seen.

While we have seen a dancing horse before, the commercial it was from did use some CGI technology.

In this dance video, this dog is doing all the moves itself. And he is a good dancer.

At the start, she commands the dog to lie flat on the ground. But as soon as the music starts at the 30-second mark, the dog jumps to his feet in excitement.

Not long after, he is running around the girl as she twirls. Then she steps to the side and her dog follows her dance moves. He even performs little jumps that match her hops.

I love the way he steps at the 1:28-mark. He looks like a regal court dancer from the Victorian era.

If you go to the 2:30-mark, you’ll watch the dog and his dance partner taking long steps forward in time to the music followed by a spin. So awesome! This dog is the best.

But as you’ll see in the end, he is just a dog. He tries to lick his dance partner’s face! 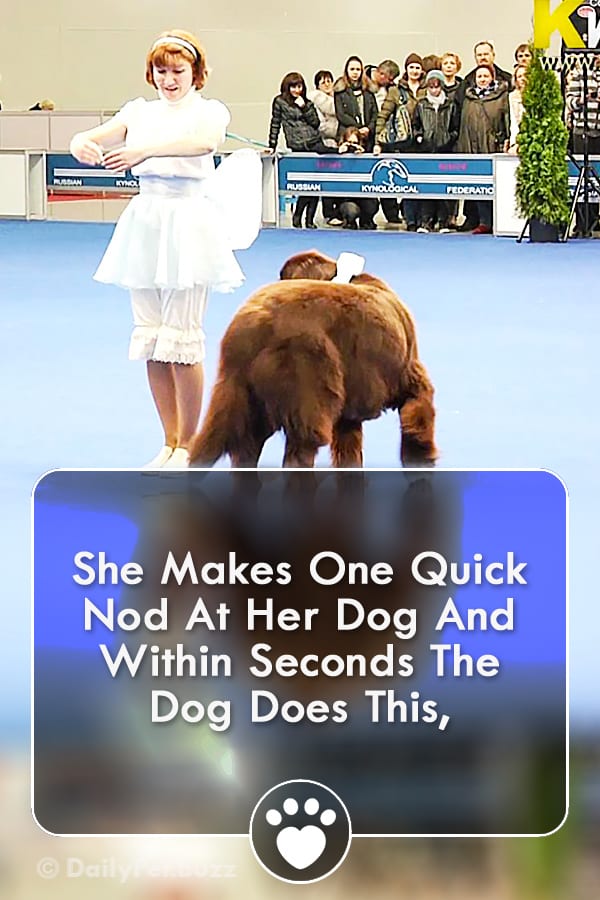