Larry and Peggy Neaves are one-of-a-kind. After enjoying a full working life as an FBI agent and the US Customs worker, this couple decided that they wanted to spend the remaining years they had doing something meaningful.

They could have travelled the world, they could have been selfish. Instead they decided to start Habitat for Horses. They decided that the most important thing they could do with the time they had remaining was to look after horses that had been abused and ensure that they had a good life.

Even though the couple had no prior experience dealing with horses, they knew the fundamentals. That being, for any animal, all you really need to do is love them. They had originally expected that the horses that they took on would be in such bad condition that it would likely be palliative care for many of them. But so far they have only lost three horses in the last 2 ½ years, that’s very impressive. Watch this video to see why they have had such success.

What do you think about this video? Let us know your thoughts in the comments! We’d love to hear from you! 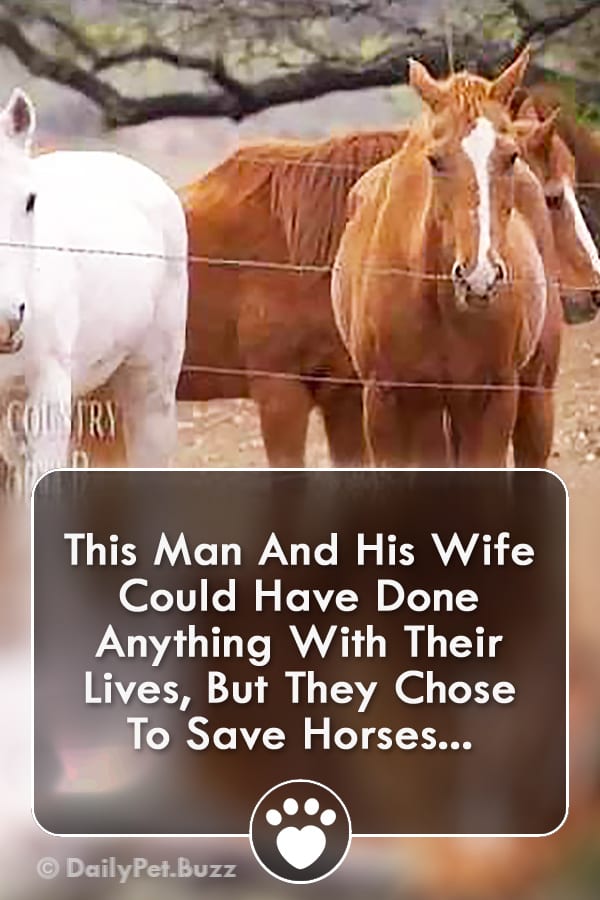